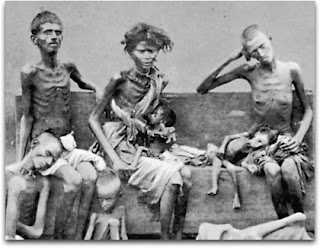 Churchill’s own holocaust.  The untold story of The Bengal famine 1943, killing 4 million people.  There seems to be a lot more history yet to come out, which is very different from the version we were all taught at school.

In the David Irving clip below, Churchill’s own quote was that ”the truth is so fragile that it has to be protected by a bodyguard of lies”.  He lied that Hitler was intending to attack the British Empire, in order to keep the war going.  Hitler always maintained that he had no wish to fight the British.  He offered to withdraw his armies from France, Poland and Czechoslovakia to bring peace with us.  But once America was in the war, it was too late to make peace with Hitler.

By the end of the war there was the need to hide the fact that the war we had fought was a worthless mistake, which had ruined the country and lost our empire.  Power yielded to the Americans, whose power we fell into, out of the need to win the war with Hitler that Churchill insisted we keep fighting.  This gave rise to the myth which began in 1945 creating Hitler as an exceptional mass murderer,so that that could be made the reason for the war’s inevitability.  David Irving says that he, having no formal position in a university, is free to question the orthodox version of history, and in this clip, he explains how and why he does that, most successfully.

Churchill was acting in the interests of the bankers, who wanted the war to start and to keep going longer, and thereby,  bring an end to the British Empire and establish the power of communism across the globe.  So much for the great speeches we all were told saved our country.  They were works of propaganda easily the match of Goebbels.

Thanks to Derek in comments.  It’s interesting, and worth a look.