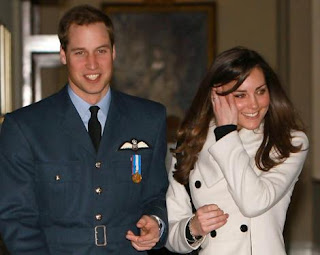 William back to work next week.  Blood on our hands.

The day before the Royal Wedding, we bomb Gaddafi’s private residence wounding 45 people, 15 seriously.  Some no fly zone.  The next day we parade our finest to the world.  We are nothing but butchers parading as peacocks.  The day after that we murder Gaddafi’s son and grandchildren.  Humanitarian mission?  A massacre of the innocents more like.

UN Resolution 1973 was based on false allegations.  Gaddafi had not bombed Tripoli at all.  The British investigator who found the UN’s Casus Belli to be entirely false, was arrested as he arrived back at Heathrow, and has, so far, not been released.


NATO bombing is killing far more people than is being admitted.  The ‘rebels’ are killing civilians with machetes, but nothing is being reported on the news.  It’s on Youtube.


What the hell do we think we’re doing getting involved in this?


And why do we think it’s OK to put on a worldwide joyful celebration while these terrible acts are being committed by our nation?


We should be ashamed, and we should get out.


Global Research –
Plans to attack Libya have been longstanding. The imperial war machine of the United States, Britain, France, Italy, and their NATO allies is involved in a new military adventure that parallels the events that led to the wars against Yugoslavia and Iraq. The war machine has been mobilized under the cover of “humanitarian intervention.”
In fact what the Pentagon and NATO have done is breach international law by intervening on the side of one of the combating parties in Libya in a civil war that they themselves have encouraged and fuelled. They have not protected civilians, but have launched a war against the Libyan regime in Tripoli and actively assisted the Benghazi-based Transitional Council in fighting the Libyan military.
Before the rapprochement with Colonel Qaddafi, for years the U.S., Britain, France, and their allies worked to destabilize Libya. Confirmed by U.S. government sources, Washington attempted regime change in Tripoli several times.[1] According to General Wesley Clark, former NATO commander, the Pentagon had active plans for launching a war against Libya.


NEWS JUST IN –  just seen on the news that NATO have just murdered one of Gaddafi’s sons’ and three of his grandchildren. That is sickening news. It is also illegal according to the current terms of their so-called mandate. But, I don’t suppose that will trouble them unduly.


Here’s one for DAVID CAMERON to watch.

The celebration of capital’s domination of democracy
EXTRACT
That is dictatorship by elite government for an unelected elite. The same dictatorship manifests in the US and other Western powers. Ordinary Americans in particular may look at the British royal wedding pageant with mild fascination as some kind of “old Europe curiosity”. But in spite of its supposed revolution against European monarchs, the US has today reinvented its own corporate and financial aristocracy that rules and plunders without democratic accountability in alliance with the oligarchies of Europe.

The real world nexus for our global oligarchy is seen graphically in the power of oil companies and the transnational banking system. Britain’s Queen Elizabeth, one of the world’s top 10 richest individuals, has a personal fortune that is reckoned to far exceed her country’s $130 billion deficit cuts. She is a major shareholder in Royal Dutch Shell and British Petroleum – these companies along with Exxon and Chevron make up the “four horsemen” of global Big Oil.

As Dean Henderson, author of Big Oil and Their Bankers in the Persian Gulf, points out:

Henderson continues: “Information on RD/Shell is harder to obtain since they are registered in the UK and Holland and are not required to file 10K reports. It is 60% owned by Royal Dutch Petroleum of Holland and 40% owned by Shell Trading & Transport of the UK. The company has only 14,000 stockholders and few directors. The consensus from researchers is that Royal Dutch/Shell is still controlled by the Rothschild, Oppenheimer, Nobel and Samuel families along with the British House of Windsor and the Dutch House of Orange.”