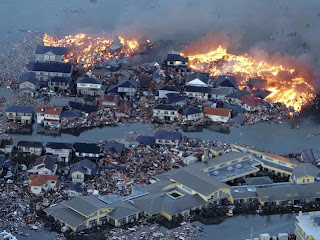 Give us your savings, Tokyo, or else…..

Last year journalist Christopher Storey died.  He had often mentioned that he had concerns as to his personal security as he was revealing things from the past, and from the present, which the powerful would have preferred to keep under wraps.

One of his main exposures was that the EU was designed by NAZIs during the war as a device to neutralise Britain.  They could see that the war was lost, and they devised a plan as to how to proceed after the war.  The Bushes were big supporters of and beneficiaries of the NAZIS, many of whom they brought over after the war and provided positions to within the CIA.  According to this theory, the Bushes and the CIA were primary agents of the EU, which would explain all the assassinations, both real and media, which have seen off all nationalist politicians.

The other thing that Christopher was saying before he died, was that there had been a Global Settlement made to unravel the effective theft of funds by large banks, such as Bank Of America, and Deutche Bank.  But when it came to the moment to pay back the Chinese and others like the British, the money was frozen by George Bush, and not paid.

When I first read all this a few months ago, I found it all a bit hard to take in.  But since then I’ve listened to De Stan Monteith of radioliberty.com, and read a couple of excellent books such as World Without Cancer by G.Edward Griffin, and can see that what Christopher Storey was saying tallies well with other sources. (See left hand column – Tapestry’s Politics)

What interests me this week is that Benjamin Fulford, the financial journalist speaking from Japan, is saying things which confirm what Storey was also saying.  He keeps emphasising that the One World Government has run out of money.  Hence the QE all disappearing once it was issued, and no one knowing where it went.  Fulford now says that this is also why all the threats are being made against Japan in a desperate attempt to get  hold of Japanese savings, which are still vast.  That is why the tsunami was directed onto Japan’s coastline, targeting Fukushima, and why, he claims, Mount Fuji is about to be erupted through the use of HAARP, today, in fact.

I copy the letter revealed by Christopher Storey before he died, which gives some indication of the desperation of the attempts that were being made last year to get and to keep money, going on behind the scenes, with the Bushes as the primary agents of Wall Street blocking any release.  Angela Merkel is said to be the Bush’s agent in Germany.

What it all confirms is that the World is being driven rapidly towards some kind of major confrontation, not by  shortage of oil, gold, water or food – but money.  The problem with setting up effectively criminal networks, is that there are too many crooks.  It’s the age-old story.  Once a culture of theft has been set loose upon the world, there is no way to stop it eating itself out.  And that is what both Christopher Storey was saying, and Fulford, a  trained financial journalist, is also now saying.

The eruption of Mt Fuji is clearly being threatened, for Fulford to go on Youtube saying it’s about to happen. Maybe it will be triggered today.  Maybe not.  Madmen are in control of the world right now, and they don’t mind what they do to maintain the position they’ve spent many decades securing.

A PROFESSIONAL LAW CORPORATION
4 EAST HOLLY STREET
SUITE 202
PASADENA
CA 91103
Telephone: (626) 564-9797
Facsimile: (626) 564-9111
A. Clifton Hodges
James S. Kostas
Donald W. Ricketts*
*Of Counsel
July 8th, 2010
MOST URGENT
Sent Via E-Mail and Facsimile
The Right Honorable George Osborne, MP
Chancellor of the Exchequer
HM Treasury
Horse Guards Road
London SW1A 2HQ
Fax No. 020 7270 4580
Re: U.S. Dollar Refunding Project
Dear Honorable George Osborne:
I write to you once more in furtherance of matters raised in my prior correspondence of June 25, 2010; I understand that you have received instructions regarding my approach, and the various points raised in my earlier messages. Your assistance is most urgently required in addressing these matters, and the apparent disavowal of earlier agreements made and reaffirmed at previous G-8 meetings concerning the U.S. Dollar Refunding Project. I write on behalf of my clients Michael C. Cottrell, B.A., M.S., of Erie, Pennsylvania, USA, and his corporations: Pennsylvania Investments, Inc., registered in the Commonwealth of Pennsylvania, and Cottrell Securities Limited, registered in England and Wales.
The events of the past week are difficult to understand, and impossible to tolerate. I am advised and understand that the Lienholders executed a foreclosure and management takeover Fri-Sat 2-3 July of Deutsche Bank in Frankfurt, Germany, and of Bank of America in Charlotte, NC.
They “cleaned out” both banks of people working for the opponents and cleared toxic debt [including derivatives] off the bank balance sheets. Accordingly, they took DB out of the control of Angela Merkel and opponents in Germany, and they took BOA out of all possible control by the opponents in this country. As a result of these actions, it was expected that the World Global Settlement funds could be distributed this week.
These funds were available for distribution on Tuesday, July 6. Because George Bush Sr. was initiating interference, the Chinese authorities then had a “talk” with Bush Sr. By Wednesday afternoon a full Compliance Officer meeting had been conducted, and the appropriate parties were again prepared to initiate the transfers when Mr. Leon Panetta, pursuant to instructions from President Obama and George Bush Sr. issued instructions to the banking authorities to “placate but do not pay”; this prevented the authorities from making any such transfers. I am advised that the Chinese authorities then had another “talk” with Bush Sr., and all was ready again on today, July 7, and set to commence @ 3:00 PM EDT.
At approximately 3:00 PM EDT, I am told by several sources, George Bush Sr. apparently contacted President Obama and instructed him not to allow release of the funds. Bush Sr. then advised the President that if the funds were released, Bush would “go to the Supreme Court and have Obama’s Presidency terminated”. In accord with these instructions, the payout of the World Global Settlement funds has not proceeded.
THE PAYMENTS PREVIOUSLY AGREED TO AND SET FORTH ON THE BASEL LIST HAVE NOT BEEN MADE AS A DIRECT RESULT OF THESE CONTINUED DELAYS. Direct intervention through your good offices on behalf of the Royal Monarchal Power, is absolutely required to bring this matter to conclusion. To secure release of these Settlement funds, it is imperative that your power as one of the U.S. Treasury Lienholders, be exercised with such force as may be required to effect completion.
I respectfully plead that you utilize the inherent Royal Monarchal Power at the earliest possible moment to ensure completion of this funding. Thank you in advance for your assistance; please contact me directly if I can provide any additional information or help.
Sincerely,
HODGES AND ASSOCIATES
A. CLIFTON HODGES
ACH/gm
Cc: Lindell H. Bonney, Sr.
Colonel Dana Wilcox
Michael C. Cottrell, BA, MS
President Barack Obama
Her Majesty Queen Elizabeth II
Interpol, USNCB
• KEY POINTS:
• The Lienholders exercised a foreclosure and management takeover on Friday 2nd and Saturday 3rd July 2010 of Deutsche Bank, Frankfurt, Germany and of Bank of America, Charlotte, NC. They took this action due to ongoing sabotage by the US official keptocracy.
• They immediately removed people in both banks working for the saboteurs and opponents of the necessary resolutions and cleared derivatives (toxic debt) off the balance sheets.
• This took Deutsche Bank out of the control of Bush Sr.’s agent [see earlier reports: Archive], Chancellor Angela Merkel, and the saboteurs in Germany.
• Likewise they took the CIA’s compromised Bank of America out of the control of the corrupt bankers and CIA saboteurs in the United States.
• Her Majesty The Queen signed the necessary authorities for the Refunding Programme, the Loan Facility and other necessary papers during her visit to New York, as expected.
• As a result of the above the necessary funds were available for distribution
on Tuesday 6th July 2010.
• As usual, George Bush Sr. interfered, as a consequence of which the Chinese parties had a ‘talk’ with the corrupt, demonic Godfather Bush Sr.

Read The Wanta Plan on earthlinggb above for a more general outline of attempts being made to reclaim the money from the world’s fraudulently acquired financial reserve fund.