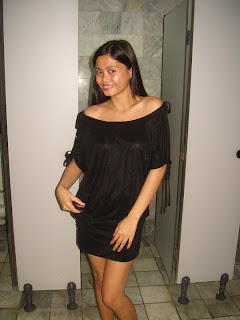 The Home Office cannot cope with overseas Visa applications.  They should be removed and handed back to The Foreign Office.
Nick Clegg, just interviewed on BBC1’s Politics Show by Andrew Neil, explicity said it was not government policy to cut net immigration from the hundreds of thousands to the tens of thousands.


The Deputy Prime Minister said it was only an “aspiration”. “It is not,” Mr Clegg said, “a Coalition Government objective to pursue a numerical target.”
Although Mr Clegg is correct to say the “tens of thousands” commitment wasn’t in the Coalition Agreement it was in the background papers for the Queen’s Speech and has been constantly stated as a policy objective by the Prime Minister (here) and by the Home Secretary Theresa May in the House of Commons (here), and Immigration Minister, Damian Green (here).


Five minutes ago I was told by a senior Tory that Coalition immigration policy is working towards reducing immigration to the tens of thousands.
Perhaps Mr Clegg hasn’t been keeping up to speed with his red boxes or someone is not being straight with voters?
My comment on Conservative Home –  The UK Border Agency is undoubtedly applying a numbers cap illegally and without the consent of Parliament to all categories of visa.  I am meeting an immigration lawyer tomorrow who claims that 90% of visa rejections are currently being made outside the remit of the UKBA i.e. unlawfully. 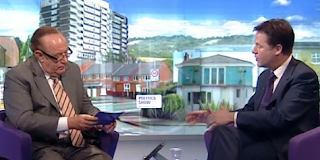 Clegg as usual is all at sea.
Were a cap is applied legally, it would give rise to endless claims under Human Rights legislation, which would be hugely expensive for the government.  The Border Agency is just saying NO to visas to keep the numbers down regardless of any human rights, pretending they are conforming to their instructions, which they are not, and hoping no one notices.   It’s a monumental fudge which soon will blow up in David Cameron”s face.
See The Tap Blog for more details tomorrow.
My Situation –
I can’t get my girlfriend (pictured) a UK visa.  Why?
(and why is she standing in front of a loo door?  see comments!)
That’s now over the two years since we first met. I am now living abroad half of the time.
It hardly seems in the national interest to effectively exile people who develop relationships with people who happen to live outside the EU. I would guess there must be at least 1 million others in a similar situation to myself.
The excuse they have given this time, is that my girlfriend could not afford to pay her way for a short visit, despite her having an international HSBC VISA credit card with a credit limit of thousands of pounds, plus a bank deposit of many thousands, more than ample for a short visit, and other significant assets.
The Border Agency get around this by stating that they don’t believe the funds in her account are effectively hers to dispose of!   This is unlawful, I am advised, apart from nuts.  There is no right of appeal based on law or common sense, only on racist grounds, or human rights tightly defined!
I never imagined I would be exiled from my own country by a supranational organisation that makes all the rules and policy directives under which the UK Border Agency operates.   I have taken legal advice, and am told that in probably 90% of the cases they handle, the Border Agency is acting unlawfully, but most people have no idea, and have no right to reply, even if they did.

I am not surprised by this, as we know the EU in its totality  is an organisation that operates outside common sense and legality, and we know that David Cameron is hoping to make reduced immigration a flagship policy of his regime.  The problem is that he can’t achieve this legally, and so the illegal operation of the system is now the norm for most applicants to  the UKBA.

UPDATE 16th April – She is re-applying, ramping up the evidence yet further that she represents nil risk to the UK Border Agency of any kind.  Her money is her own, and she has more than enough to cover the cost of her visit.  I could cover the costs anyway, but they said that wasn’t good enough last time.  This is her third attempt for her visa.   Appealing against the earlier decisions would take six to eight months and require a court hearing in the UK.  I imagine that would all cost me best part of GBP 5000 and take up months of valuable time.  It’s all over a relatively short stay, meeting the relatives and seeing Britain, our lovely, bureaucratic and rather inhuman country.

DETAILS OF THE UK BORDER AGENCY’s unlawful operations will be advised tomorrow (Monday) after a second meeting with the lawyer, to confirm the sections that are not being implemented correctly by The UK Border Agency in the refusal of visas .  So far the news media has focused on the illegal placement of a cap being imposed on numbers of skilled workers permitted entry under Tier 1 and Tier 2, without any attempt made to obtain approval from the UK Parliament for the imposition of the cap.  Vince Cable is attacking this policy as the wrong way to address the problem.

What is also starting to be come apparent is that there is an equally vicious cap being imposed on all categories of Visas being applied worldwide, which has not yet been admitted to by The Border Agency or the Government.  It is making a mockery of a rules-based system, and replacing it with an illegal policy in denial.  The majority of the refusals being made, are being couched in terms that are outside the remit that The Border Agency should be operating within, (details to be released and confirmed on here tomorrow).  In effect there is a cover-up going on, and it needs exposing.

As David Cameron is making Immigration a key flagship policy of the Coalition Government, this leaves him in a politically vulnerable position, and, before long, the truth will out.

Cameron is playing PR and not facing the reality of the situation. The UK Border Agency can only get away with flouting the rules for so long. The idea that we are running a rules based immigration system is being made a mockery of and is in terminal collapse. They are applying a cap to all categories of visa without admitting that that is what they are doing, as a way to avoid Human Rights legislation. If the nation wants to turn a blind to the fact that we are now effectively a banana republic with our government unable to either make or observe laws, then so be it.
As I say, tomorrow I will provide the details of how the UKBA is acting unlawfully in 90% of visa rejections.
The only question left is ‘does anyone even care?’
Britain’s reputation as a country that can manage a credible working legal system and a coherent system of government is at stake.
The solution to immigration’s troubles could well be to integrate immigrants that are coming in, and not to stop highly skilled workers, genuine students and tourists from entering. We do need an economy.

UPDATE – Peter Hitchens writing in Mailonline points out where the real problems lie with Cameron’s misguided immigration policies, noting his ineffective ”Alf Garnett” routine.  Rather then keeping out highly skilled workers, or the short visits of tourists who want to spend money in Britain and then leave, Britain should drop PC dogma and integrate immigrants properly into our society.  He writes – Meanwhile, mass immigration, and the official PC dogma that prevents integration, will continue as before.