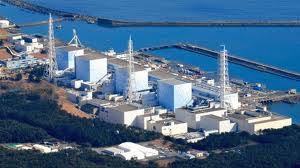 with all the harbour walls and control mechanisms next to the plant, they would know and be in control of whatever was getting into the sea.

Benjamin Fulford, Canadian journalist living in Tokyo, said that the Japanese tsunami was caused by an undersea nuclear explosion, and not by the earthquake.  The reason he gave was that the tsunami was very local in its effects and it didn’t travel across the ocean to other countries.  The size of the wave was unprecedented throughout recorded history.  He also stated that the sea was heavily contaminated with nuclear material.

I am not going all the way and endorsing his theory at this stage.  But it is notable that recent reports show that the Japanese are puzzled as to how so much contamination has arrived in the sea next to the Fukushima plant.
Wall Street Journal 31st March 2011 –  Officials recorded the highest radiation level yet in the ocean next to the damaged plant. The readings showed toxic water from an unknown part of the site was reaching the ocean, though government officials said they weren’t sure from where, and marked a setback after ocean readings had fallen in recent days. 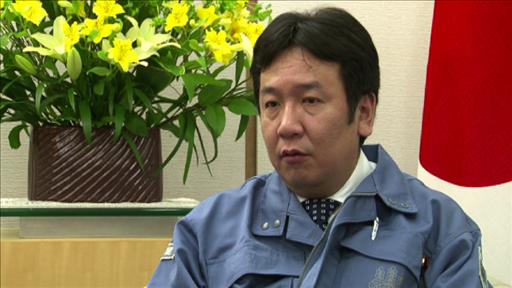 In an interview with the Wall Street Journal, Japan’s Chief Cabinet Secretary Yukio Edano said the government is working to bring the current nuclear crisis to a close without compromising the health of the Japanese people.
Government officials continued to stress that there was little evidence that the water flooding the trenches and threatening to spill into the ocean was behind Wednesday’s surge in radiation levels. But the increase suggested some water from the site was running into the ocean.
“The levels are rising,” said Hidehiko Nishiyama, a senior regulator. “We would like to find the reasons as soon as possible so we can put countermeasures in place.”
It sounds to me that the Japanese don’t see that Fukushima has leaked enough radiation into the sea to cause the measured level of contamination.  If you look at photographs of the harbours around the Fukushima plant, the Japanese would be well able to contain all water flows within these for a considerable period of time.  That does rather leave open the possibility that Fulford’s theory also holds water.  The nuclear contamination in the sea could have come from a bomb.
The original post about the tsunami citing Fulford
One Japanese person believes the tsunami was deliberately caused, Princess Nakamaru.  She has seen evidence of the One World Government’s depopulation programme, which she says is intended to halve the world’s population by did she say 2013, or was it 2030?  She means the Bushes, Rockefellers, Prince Charles, Maurice Strong of the UN and their secret networks of power.  We will watch this story for any other developments.

On 17 January 1995, the Japanese city of Kobe was struck by a massive earthquake that devastated much of the city, killing over 5,500 people and injuring many thousands more. Shoko Asahara, the leader of the Japanese Aum Supreme Truth Aum Shinrikyo) sect, had surprisingly predicted, in a Tokyo radio broadcast on 8 January 1995, that a major quake would soon occur at Kobe. Asahara went even further and stated that this quake would be initiated by a “a foreign power” utilizing an electromagnetic (EM) weapons system.

Aum’s Science Minister Hideo Murai later stated at the Foreign Press Correspondents’ Club in Tokyo on 7 April 1995 that, “There is a possibility that the great Hanshin [Kobe] earthquake was activated by electromagnetic power or some device that exerts energy into the ground.”

Although Asahara would undoubtedly have preferred his great predictive powers to be thought of as due to a highly developed and superior spiritual ability to examine the future time-track (thus attracting more gullible followers after this quake event), it is far more likely that he was fed warning intelligence re Kobe by Aum’s Science Minister Murai, and/or Japanese Intelligence operatives who themselves were forewarned by Russian KGB officials.


There are numerous Youtube clips on the web purporting to show UFOs flying over the tsunami wave as it struck land.  They look more like unmanned reconnaissance vehicles to me, no doubt flown by the US navy which was in the area.  But how did they know that the tsunami was about to hit?  The video ends with a financial discussion of the Japanese earthquake on CNBC, in which the talking head states,”the human toll looks worse than the economic toll, and we can be grateful for that.”   Very disturbing times that any human being can even think such thoughts, let alone say them .  But overall let’s keep an open mind and gather more evidence before jumping to too many conclusions.