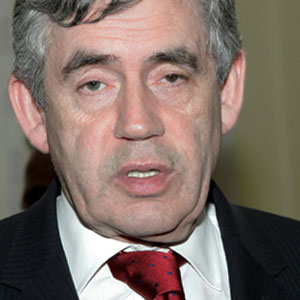 Only GBP 50 billion more borrowing has been needed over the last twelve months, the Budget reveals.  I picked that heavily glossed over statistic up from the FT.  It’s the wrong kind of inflation, claim the FT’s commentators, echoing British Rail’s ”It’s the wrong kind of snow”, which was once used as an excuse for late trains in winter.

Inflation could at one time be relied on to boost government revenues, in the days when it was rising demand that drove prices higher.  Demand is flat on its back.  People are burdened with higher and higher taxes, petrol, energy costs and utility bills.  Monopolistic suppliers of all kinds ram up prices rather than permit falling profits in the face of falling demand.

But GBP 50 billion?!!!  Inflation is still only 5%.  GBP 50 billion is near 10% of government spending, and there has been economic growth according to the figures given.  Banks are back in profit, if we believe them, where once they were reporting terrifying losses.

No.  I see another explanation for this sudden surge in government borrowing.  The amount of government borrowing was already far higher than was being admitted to in April 2010.  Revenues had fallen from over GBP 600 billion in 2008 to under GBP 500 billion in 2009.  Brown and Darling were adamant that their targeted borrowing figure of GBP 175 billion was going to be stuck to in 2010, and they hoped for a bounce as the recession ended, to keep them on track.

But the recession didn’t end.  It continued right up to the election and their true revenues were (probably) coming in at around GBP 440 billion by Budget day.  They got over this by claiming that their spending had also fallen by GBP 60 billion at December 2009, the same amount their revenues were down by, enabling their borrowing target to be ”hit”.  I picked this out of the 2009 December Treasury Spending Outturn Report at the time.

Osborne signaled that he realised the books were being cooked but decided not to spill the beans, merely saying cryptically that Brown had announced a GBP 60 billion drop in spending.  How could Osborne have exposed the real reason for Brown’s machinations, without sending fragile confidence crashing, making his own task much harder after the election he hoped to win, or even making it less likely he would win?

Brown brought over cash from Britain’s US Treasuries account to the tune of GBP 60 billion to balance the books, part of the GBP 200 billion he had had issued as gilts, and salted away for a rainy day.  With this fund as political ballast,  Brown imagined that the election was in the bag, and another five years of managing the UK economy would be his.  But the dire state of the government’s finances exceeded even his most pessimistic imaginings.

Once in ”power”, Osborne said nothing more about it.  But over time unless the economy recovered, the loss of revenue would become permanent, and Osborne would, at some point, have to somehow admit that, in fact, revenues were GBP 50 lower than hoped for.  He chose Budget Day 2011 to do so, when confidence in commodities, stock markets and the OWG’s ability to keep the world’s economy barelling ahead, is high.

The fact is that British government revenues are down by about 25% since 2008.  Borrowing is near to GBP 200 billion a year, funding spending of GBP 650 billion a year.  Brown’s face was saved, and markets kept from panicking – for now.  The future looks bleak, but while the QE pours out of America to fatten all asset markets, and the Japanese, Chinese and Arabs are bullied into continuing to fund America’s vast debts, the wheels have not fallen off yet.  The criminality and dishonesty of the ruling elite is not over yet.


Those points are important because our public deficit was larger even than theirs (Greece and Portugal), as a proportion of national income, when the big deficit reduction programme started.


That’s the truth, but no one said that at the time.


I praise my right hon. Friend the Chancellor for seeing that his single, central task, day in, day out, month in, month out, year in, year out-indeed, the five-year burden for all of us in the House-is to get that deficit down before it kills our public finances and our economy.


And that, John, is exactly the purpose of the central bankers, to ensure we can’t pay off our debts.    That way we are in their power.


If we try to move away from the United Nation’s Agenda 21, we get our lending costs jacked up to 7%, same as Greece and Portugal.  It’s not just a case of paying down our debts.  We have to fight free of United Nations oil and other wars, and maintain our independence from all their political programmes.  The UN is the enemy of peace and prosperity, and David Cameron is signing our country away as fast as he can.

I have come up with a positive series of proposals to reduce spending in specified areas. Recent examples include –
early withdrawal of our trooops from Afghanistan,
leaving enforcement of the UN resolution in Libya to the Arab League and the NATO neighbours of Libya, not replacing so many Whitehall back office staff as they leave service,
not spending any money on the  HS2 train proposal this Parliament,
declining to pay for increases in the EU budget,
cutting out overseas aid to nuclear weapons countries,
voting against any bails out to Euro members,
lowering the rate of price inflation by a better monetary policy to control the costs of inflation proofing.

Good list, John.  But you will have to throw out David Cameron