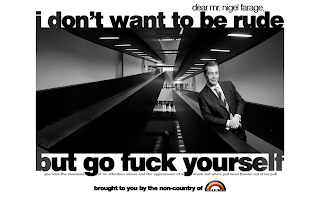 ”Belgium Bites Back”, says the headline.  They don’t like it up’ em, Mr Mainwaring.

Click to enlarge
(borrowed from planetpmc, a Labour Party-supporting blog, just in case you think Nigel Farage made this poster up himself!)

NEW LAW TO ALLOW CONSEVATIVE AND UKIP STAND ON A JOINT TICKET AT ELECTIONS
The new law, of course, is not being brought in to help UKIP at all, but to enable Conservatives and Lib Dems to join forces in a General Election, a last desperate attempt to save the Hague plan to merge the Conservatives with the Lib Dems, from collapse.  In truth the plan is already in terminal crisis, as support for the Lib Dems has collapsed to beyond embarrassing levels.  As the Barnsley byelection demonstrated,  the LibDems crawled in at sixth!!!! 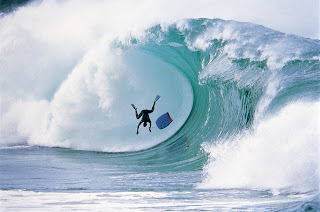 But a law which attempts to find a way to stop the Lib Con pact from sinking without trace, with hardly a  ripple on the surface, will equally facilitate the Conservative revival.  As soon as it’s passed into law,  the Conservatives can abandon the Lib Dems they purport to be rescuing, and in lieu, grab a resurgent UKIP with both arms.  Already polling nationally at 7%, by 2015 UKIP will command 10% of the popular vote, and will offer the Conservatives their only chance of being rescued from permanent opposition.

The Hague plan has failed.  He has consolidated the Left, with Lib Dems running in droves over to Labour, while at the same time, it has divided the right, with conservatives looking increasingly to UKIP.  Hague’s Bilderberg chums should be delighted with the prospect of Labour governments in perpetuity, but they wanted British politics rendered inert, with the Conservatives in longterm coalition with the strongest Europhiles, the Brokeback Love Affair between Clegg and Cameron.

Clegg is now a severely wounded bird who prefers to hide in the shadows.  Cameron will soon deservedly be slung out by the 1922 Committee of backbench MPs, and replaced with a leader that has some prospect of appealing to Conservative voters’ core beliefs, probably Liam Fox would be my guess, but let’s see.

The Tories will then be cast into bed with Nigel Farage’s UKIP, out of desperation.  It will be a case of euroscepticism and an electoral alliance with UKIP, or curtains.  Not so much a choice, in fact.  A certainty.

I picked up this story from a commenter on Political betting, who got it from the Daily Mail.

Tory and Lib Dem MPs will be able to stand as joint Coalition candidates at the next election under controversial plans privately put in motion this week.

Ministers are to change the law to allow candidates standing for two parties at the same time to put a joint emblem on the ballot paper. That paves the way for an electoral pact between the Coalition partners at the next election – a controversial move that would anger the grassroots supporters of both parties.

The door has been opened to Tory and Lib Dems agreeing local peace pacts with one candidate representing them both – perhaps under a logo combining the yellow Liberal Democrat bird with the Tory oak tree.

At the moment, a candidate standing for more than one party cannot put either party’s logo on the ballot paper – an anomaly that discriminates against a coalition pact.

by Innocent Abroad March 11th, 2011 at 08:17
The name UK Conservative Party sounds pretty good to me.  One Facebook commenter claims not to have heard about this.  Hardly surprising as it’s being slid through on the QT, as Innocent Abroad indicates.
UPDATE – The Fabian Society is swinging behind an IN/OUT referendum on the EU.  Now I am worried.  Why would the One World Government’s  leading British proponent’s suddenly be in favor of a referendum?  Not because they think they can rig it, surely.  I wouldn’t put it past them.  They are clearly intending to use the tactic of a referendum to stand up against the coming UKIP/Conservative alliance.
http://www.nextleft.org/2011/02/eu-referendum-could-settle-issue-for.html