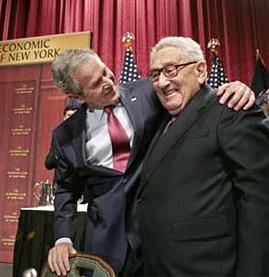 Benjamin Fulford, the Canadian journalist that lives in Japan under the protection of Japanese secret societies, makes a good point in this video.  The Japanese tsunami was not caused by the earthquake, he says.  It didn’t go anywhere other than onto a small part of Japan’s North East coast.  All tsunami’s throughout history previously have spread out across the ocean and impacted far and wide.  This one was entirely local.  That means one thing according to Fulford.  It wasn’t a tsunami caused by nature.  It was caused by undersea nuclear explosions, which would do what this one did, and impact only locally.

Why would the USA do this, asks Fulford in this latest clip?

He claims the One World Government has run out of money and is getting desperate.  They have threatened Japan that they must hand over all their savings or face earthquake attacks, of which this latest is just the most recent and most deadly.  The attack was intended to dislocate Japan’s nuclear power station at Fukushima to  provide an acceptable story as to why radiation is to be found in sea water and elsewhere.

Fulford is never dull to listen to.  He’s put on weight, grown a beard and looks healthy.  That’s an achievement in itself given the hazards he must be facing.  He claims that there are many organisations getting ready to dislodge the ”crazies” running the world before they bring about World War Three. 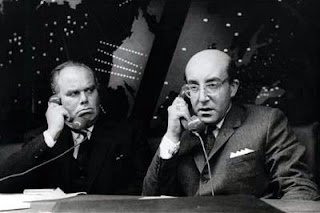 This is pure Dr Strangelove – but real.

They have to be dislodged, he says, as they’ve simply lost the plot.  Many millions will die if they are not stopped.

*Benjamin Fulford is a Canadian-born journalist, author and activist against the totalitarian New World Order, garnering support from a very unlikely place: various secret societies, mainly in Asia. He lives in Japan and speaks 4 languages.
He worked in Japan as a correspondent for Knight Ridder, the International Financing Review, the Nihon Keizai Shimbun English edition, and the South China Morning Post before moving to Forbes magazine, where he was the Asian Bureau chief from 1998 to 2005.
His investigative reports pursued scandals in the Japanese government and business world. After leaving Forbes he wrote a series of books in Japanese, some of which became best sellers, and began publishing on the internet.
Two years ago, after meetings with prominent Japanese politicians, he reported that Japan had been threatened with an ‘earthquake weapon’ by elements within the US government…

Fulford sees a new solution to the organisation of the world which he is optimistic is about to happen, as he describes in this blogpost titled –

By Benjamin Fulford
The ongoing global financial war is reaching its final stages. Multiple reliable sources in three continents are all now reporting that a major breakthrough in the financial logjam is imminent. We can confirm from our own sources (including MI6 and Japanese military intelligence) that a large delegation descended on Washington last week and read the riot act to the Washington D.C. establishment. They have been informed the Federal Reserve Board must be shut down immediately and the new financial system must be implemented or else the United States would be totally cut off from the world.
The military is also close to open revolt with more than half of the military supporting a total clean up of Washington D.C., according to a CIA source. The Washington establishment therefore faces a choice between stepping aside and facing a truth commission or else arrest, civil war,chaos and eventual death for all members of the ruling cabal. We believe that sane minds will prevail in such a situation and that a peaceful resolution is imminent. However, it is not over until it is over.
Last week the Chinese were on the verge of helping the US government kill the supporters of the new financial system in Washington until the Japanese government intervened to provide protection. There were then discussions with the Chinese where they were given an explanation of the inner workings of the international financial system. They were also made an offer.
What was told to them was that over 90% of the dollars ever created were not owned by Americans. The people who own those dollars do not want them to become worthless paper when the Federal Reserve Board implodes. Instead, all dollars earned through honest work (i.e. not through derivates and other types of fraud) would be backed by gold. These gold backed dollars would then be renamed. The Chinese want to call it the Renminbi. The Rothschilds want to call it the Hong Kong dollar.
Our proposal is to call it the Hong Kong yen (pronounced yuan in Chinese). Many details will have to be worked out by experts. However, it is certain that never again will it be possible for private individuals to manipulate the world through the creation of money. The Chinese insist the creation of new money should be a job run by the government and this was agreed to by the concerned parties.
A high powered Japanese government delegation will be going to the Philippines towards the end of the year to deliver Chinese gold taken there in the 1930’s to China to be used for the purposes of backing up their dollar holdings. The Japanese delegation, led by the Japanese government’s number two man, Hajime Ishii will also be given presentations about suppressed technology.
I will also be going there to give them some ideas about a new structure of global governance.
The Chinese want to move the UN headquarters to Laos because it is the site of some of the most ancient and pristine Asian culture. This seems like a nice idea. Of course the UN is now an extremely dysfunctional organization and will have to be totally revamped. It now serves as a global control mechanism for the victors of World War 2. This will be fundamentally changed.
In addition, the functions of the World Bank will be moved to China, probably to Hong Kong. All current World Bank employees will have their
track records examined and only those who have contributed positively to the planet will be re-employed.
The IMF will be disbanded because it has only caused misery and poverty throughout the world. It has functioned mainly to steal resources and property from the people of the world. In its place the Japanese will set up a new institution that will function to ensure the safety and stability of the global financial system. Hopefully it will be headquartered in Osaka.
All of these institutions will be set up as meritocracies. Anybody will be allowed to take the exam to join them. In addition, there will no longer be places at the top reserved for people of specific ethnic backgrounds.
The new organizations will all be very busy because the entire commercial structure of the planet will be changed. The industries that are expected to vanish or shrink dramatically include: petroleum, war, nuclear power and pharmaceuticals and automobiles. Companies in these industries will need substantial help to transform themselves. The petroleum industry, for example, could be changed into a geo-engineering industry. The armaments folk will move into space exploration. The automobile industry will start to manufacture anti-gravity scooters. The transformation of all the obsolete industries needs to be carried out in a manner that causes as little social disruption and dislocation as possible.
In addition all countries will have to agree to submit to the international court of Justice. Disputes between countries should be settled through negotiations or else in court.
However, it might be possible for countries to also agree to settle disputes through ritual warfare. They could, for example, each send 10 of their best martial artists to a desert island to duel it out but no killing will be allowed. The winning country will then get a more advantageous settlement of whatever the dispute was.
In any case, humanity is about to be freed from the grips of a horrific cult that has killed hundreds of millions of people over the years. Most of the 800 US military bases world-wide may well be shut down. The US military will have to be transformed into an entirely different organization dedicated to planetary defense and big projects for humanity.
We are headed for an unprecedented historical transformation. Hang on to your hats.
More: http://benjaminfulford.net/

...and he doesn’t mean your tin foil hats either!  Forgive the rest of us Benjamin for seeming a little dumb, but this really is an awful lot to take in.  Can you publish any more references for us, or are you the only source for all this information at the moment?

OK, the late Joan Veon signaled that Prince Charles was part of the cabal in her book ”The Sustainable Prince”, and the late Christopher Storey was saying something very similar.  I guess all the others apart from you, who were exposing this story, are no longer with us.

Is there anything else you have available to make this easier for people to absorb?

I guess if Japan and China were to stop buying US Treasuries all of a sudden, it would be curtains for the Wall Street cabal, interest rates would kick up and we’d see the onslaught of the second leg of the depression.  In these circumstances a certain amount of judicious arm-twisting is only to be expected.

The reason I follow Fulford is that he indicated Japan and China were being threatened with earthquakes targeted on nuclear power plants in 2010.

UPDATE March 31st 2011- Japanese authorities puzzled by how the sea is so contaminated when they don’t believe Fukushima has yet released any radioactive material outside of its harbour walls.  That suggests there might be another source.
The Tap Blog is a collective of like-minded researchers and writers who’ve joined forces to distribute information and voice opinions avoided by the world’s media.