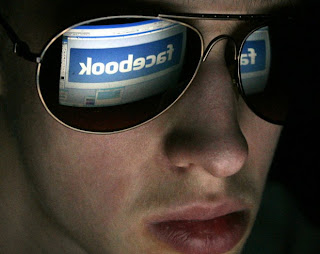 Can I be your friend?

We know they use the internet to spy on us, but it is now clear, from a recent release by Anonymous, the Wikileaks supporting network, that one way they set out to do this is to manufacture false personalities to become ”friends” on Facebook, Twitter, Blogs, and other social networking sites.  I’ve seen commenters come and go on my blog, and have once or twice wondered if someone had an agenda other than as being a chance visitor.

One seemed especially interested in the discussions we had that Japanese earthquakes were going to be caused deliberately near nuclear power plants, some months before the actual occurrence of the 9 Pointer that’s wrecked the Fukushima nuclear power plant this month in Japan.   I wrote this late in December 2010, – “I was also wondering about other things, such as how did Fulford (the journalist) get access to David Rockefeller, and how an earthquake could be set off at will by a weapon system.”


This discussion tweaked a lot of interest from one commenter who put a lot of effort into rubbishing the suggestion.  Less than three months later, with the Fukushima plant spewing nuclear isotopes as far as Scotland, it seems that it might have been a fair premonition of what was to come, and has since happened.


The commenter stayed around for a while trying to persuade me to drop it, then disappeared.

Following the sting of HBGary Federal and parent company HBGary, Anonymous disclosed on-going interest and contract bids between those firms, Booz Allen Hamilton and the U.S. Air Force to develop software that will allow cyber-warriors to create fake personas that help “manage” Pentagon interventions into social media platforms like Facebook, Twitter and blogs.
As Ragan points out, while the “idea for such technology isn’t new,” and that “reputation and persona management techniques have been used by the government and the private sector for years,” what makes these disclosures uniquely disturbing are apparent plans by the secret state to use the software for propaganda campaigns that can just as easily target an American audience as one in a foreign country.
While neither HBGary nor Booz Allen secured those contracts, interest by HBGary Federal’s disgraced former CEO Aaron Barr and others catering to the needs of the militarist state continue to drive development forward.
Dubbed “Operation MetalGear”, Anonymous believes that the program “involves an army of fake cyber personalities immersed in social networking websites for the purposes of manipulating the mass population via influence, crawling information from major online communities (such as Facebook), and identifying anonymous personalities via correlating stored information from multiple sources to establish connections between separate online accounts, using this information to arrest dissidents and activists who work anonymously.”
As readers recall, such tools were precisely what Aaron Barr boasted would help law enforcement officials take down Anonymous and identify WikiLeaks supporters.
According to a solicitation (RTB220610) found on the FedBizOpps.Gov web site, under the Orwellian tag “Freedom of Information Act Support,” the Air Force is seeking software that “will allow 10 personas per user, replete with background, history, supporting details, and cyber presences that are technically, culturally and geographacilly [sic] consistent.”
We’re informed that “individual applications will enable an operator to exercise a number of different online persons from the same workstation and without fear of being discovered by sophisticated adversaries.”
Creepily, “personas must be able to appear to originate in nearly any part of the world and can interact through conventional online services and social media platforms. The service includes a user friendly application environment to maximize the user’s situational awareness by displaying real-time local information.”
Aiming for maximum opacity, the RFI demands that the licence “protects the identity of government agencies and enterprise organizations.” An “enterprise organization” is a euphemism for a private contractor hired by the government to do its dirty work.
The proposal specifies that the licensed software will enable “organizations to manage their persistent online personas by assigning static IP addresses to each persona. Individuals can perform static impersonations, which allow them to look like the same person over time. Also allows organizations that frequent same site/service often to easily switch IP addresses to look like ordinary users as opposed to one organization.”
Propaganda can be very insidious now, it seems, even coming in from your regular web-friends, who might not be who you think they are.


War is impossible without it.


Facebook’s on the front line.


As for that quake in Japan being foretold, the commenter Atlas Shrugged wrote as follows  –

I can see that you are new to this conspiracy malarky.

IMO, they are all in on the game, that is all of them to a greater or lesser extent. They might very well fall out with each other, have the odd lovers tiff so to speak. Jostle for position and relative power and influence.

However at the end of the day the ruling class know that they can only go so far, as they are all in the same boat, sailing in more or less the same direction, supping from the same cup, and basically all up to the same tricks.

Benjamin Fulford should, and most likely does know better. After all if I kept the same company as Ben openly professes to keep, I would be suffering from the same highly selective thinking as well.

Opposition to the worlds ruling class is in the main part illusionary. There is no effective opposition, and there has not been such a thing for at least 200 years.

The Sun has not yet set, on the Empire where the Sun never sets. Japan lost its true independence long before the last world war, as did also China.

However this does not in any way mean that we should ignore what Ben is telling us. This because when the ruling elites have the odd disagreement with each other, over this tiny detail or another, people tend to suffer, and can suffer big time.

2 Responses to “Are You Sure You Know Who Your Friends Are On Facebook?”