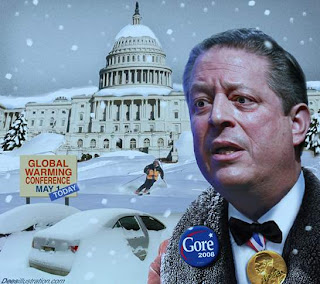 Where are the global warmists hiding?
Here is a very interesting link to chew over for those like me who are concerned by all the extreme events the earth is undergoing.  Is it possibly all to do with this (planetary effects) and not (exclusively or at all) HAARP?  Many people point out the massive use of HAARP before and during the Japanese earthquake, like this commenter today –
Nuclear device? I don’t think so. Gakon Alaska magnetometer readings from HAARP clearly indicate a massive deployment of energy at the exact same time as the Japan quake; similar correlations were also found with the China, Haiti and NZ quakes. All the info I have reviewed clearly points to HAARP deployment from the military-industrial-complex headquartered underground in Colorado
– but, anyway, here is another theory to puzzle our poor brains.
Either way you won’t be hearing on the news anything about highly relevant geological events – things like the sun rising in Greenland three days earlier than normal this year, which indicates the earth has tipped.  Maybe there are planetary effects, in addition to solar and lunar as described by Piers Corbyn.
All recent extreme events, however, have only one cause according to the global warmists/climate change control freaks like Al Gore – mankind’s economic development.  That is what the United Nations is determined to stop and reverse.  The convenient occurrence of events which people don’t understand can be framed by the media to make manmade global warming appear to be the culprit.  From there the Habitat Agenda is built, and Agenda 21, which will smash civilisation as we know it.
The media is under the control of Agenda 21.
That is why we hear nothing about these important geological events from the MSM.  That’s how we know they’re playing a game with our perceptions, by the fact they don’t mention anything which doesn’t fit their lop-sided and destructive view of the world.
http://www.rolfkenneth.no/Nibiru_ZT_eng.html
EXTRACT –
This article is a follow-up of the article Nibiru triggers an Earth crust displacement in 2011. Nibiru’s arrival to the inner part of our Solar system in March 2003 was picked up by seismographs all over the world (ZT note 1; ZT note 2). In this article we will take a closer look, from a ZetaTalk perspective, at what kind of effects the Nibiru complex already has had on Earth: geoscientific, plate-tectonical, meteorological, electromagnetic and biological.
Contents
A) Effect of Nibiru: Earth’s wobble of the spin axis
Earth’s orbit around the Sun was blocked by Nibiru in December 2003. In the next months also Venus got blocked in its orbit, and Earth’s twin closed in on Earth from behind. Earth was thus in a “trapped” constellation, which early in 2004 had the effect that Earth in its diurnal (24 hours) rotation got an increasing wobble around the imaginary north-south axis. In 2005 the wobble increased to a tilt of 4-21°, and increased further in 2007 with a tilt of 19-38° (depending upon where on the globe the observer stood). By 2009 the North Pole of Earth was pushed consistently away from the Sun, giving the northern hemisphere a colder winter and summer. Around July 20, 2010, the effect of Earth’s trapped constellation reached a new phase, in which the wobble was substituted by a forceful rattle of Earth to-and-fro between two positions.
A1: Earth’s increasing wobble of the spin axis resulted in extreme weather, extreme temperatures, and weather out of harmony with the seasons. Record high tidal waves that led to flood catastrophes in areas where this was highly unusual. Exceptionally many tornadoes and hurricanes. Dangerous oceanic malstroems. The melting of the Arctic sea ice. New and rare types of clouds.
A1.1: The extreme weather resulted in a catastrophic fall in global food production, which again resulted in global food shortage.
A2: The increasing wobble of the spin axis resulted in increasing misinformation from GPS equip­ment, since this information is based on mathematical calculations of times and distances that do not take the wobble in consideration.
B) Effect of Nibiru: Earth’s tectonic plates are wrenched and shakened loose from each other and set in motion
B1: Stretch zone phenomena where rock layers are being pulled apart because the tectonic plate is being drawn in opposite directions simultaneously.
B1.1: Structures and buildings imploding; pipes and Internet cables breaking
B1.2: Bridges collapsing
B1.3: Sink holes
B2: Earthquakes
B3: Volcanic activity
B4: Booms in the air; underground rumbles and humming

B5: The release or increased pressure of gases and liquids in pockets between rock layers
B5.1: The Earth releases stinking methanethiol; the Tunguska event (1908)
B5.2: Released coalbed methane: mass deaths of birds and fish
B5.3: Exploding manholes
B5.4: Explosively high pressure in petroleum wells
B6: Greater tectonic adjustments
C) Other effects of Nibiru
C1: Changes in the Earth’s magnetic field and magnetosphere
The Tap Blog is a collective of like-minded researchers and writers who’ve joined forces to distribute information and voice opinions avoided by the world’s media.