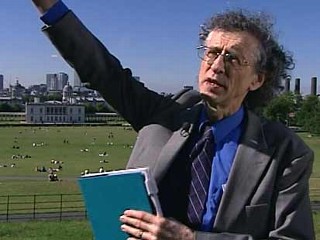 The Benjamin Fulford theories that the Japanese tsunami was deliberately caused for political reasons are challenged to some extent by the explanations given by Piers Corbyn and others that recent extreme weather and earthquake events are caused by solar and lunar activity.

Derek in comments says that the solar and lunar explanations reduce the plausibility of Fulford’s ideas.  He may be right.  But it is also very likely that those who control the world’s political and media communications are aware of the real causes of earthquakes and extreme weather and have adapted any political weather/earthquake intervention programmes to work within that understanding.

Corbyn enters into the political aspects of weather in that he points out the world’s leaders have deliberately chosen to ignore the real causes of extreme events, in favour of promoting fear of global warming/anthropogenic climate change.   These, after all, are their justification for moving the world to supranational control away from national governments.

But does the weather/earthquake/political sphere have yet more overlap?  The notion that the political aspect can be manipulated so heavily, doesn’t close out the possibility that so too can weather and earthquakes.  In fact the mentality of a dishonest approach is already in evidence with power clearly the aim.  Weather and earthquakes can easily serve the same nefarious purposes.
It would not be impossible to combine the effects of HAARP and nuclear devices to add to known hazards of nature.  Corbyn and others have demonstrated that weather can be explained by solar and lunar activity, and their primary concern is to debunk global warming theories and save lives by warning people of cold winters and so on.
I have not seen that any of them has addressed the issue of HAARP directly.  It is known that HAARP and other techniques can be sued to manufacture weather, and produce other effects.  It would be interesting to find someone who could advise how the various inputs can work, or be worked to produce predictable effects.  But as the HAARP supporting theorists are politically-minded like Fulford, and the weather experts are not concerned with weather weapons, there is a gap yet to be covered or addressed.
Here’s Derek’s link with lots of other links to delve into.  Interesting stuff.  Piers has the look of a slightly anxious mad professor, which all helps to keep this rather technical subject a little less dull!
Piers comments – 15th March:
“As I explained in the video the world is now in one of its most extreme solar-lunar driven weather and earthquake/volcano events situations for at least 66 years and very likely twice that.  More VERY extreme weather and earthquake events are certain to come in the next weeks, months and couple of years. WE at WeatherAction will predict many of these extreme weather events and our aim is to advance our work to predict extreme weather events for the whole world a year ahead.  Actual Earthquakes are very difficult to predict although others have made significant progress and I believe they have the right sort of solar-based approach. (see links below)
As I recently posted on Paul Hudson’s BBC blog (15March 02.26am)
http://www.bbc.co.uk/blogs/paulhudson/2011/03/is-solar-activity-to-blame-for.shtml  :
“THE IMMEDIATE PERIOD WE ARE IN IS VERY IMPORTANT in TERMS OF SUN-EARTH RELATIONS with Three ‘Extra Top’ Red Warning solar driven weather (and potentially Earthquake) periods during 10-19th March. The ‘ETs’ in terms of our Solar-Lunar-Action-Technique drivers which affects Earth are 10/11th, 13/14th and 17/18th March. The impending ‘Supermoon’ 19th March will help Earthquake events but the solar effect and its lunar modulation rather than the supermoon tidal effect are probably more important. The next ET period 23/24th to 27th March is probably even more important for EARTHQUAKES as well as weather. See also 19 Mar VIDEO JimBerkland Geologist expect huge EQuake PacificNW in overlapping period Mar 19-26th http://climaterealists.com/7411
Science before Fraud! –
“If politicians are going to save their public from the disasters now looming they MUST now drop the CO2 driven climate change cant which is holding back world science and causing deaths through the mad policies of the CO2 sect such as biofuels forcing up food prices, barmy mild winter forecasts which leave authorities unready and cause death on unsalted roads, and the ignoring of solar-based forecasts which can save lives.
“The usual fools, fraudsters and self-serving charlatans made claims that the current extreme weather and earthquake events – and more that are coming – are driven by CO2.
“Let us be clear their theories have failed totally in any terms and these events are absolutely nothing to do with CO2 or so called man-made climate change in any way whatsoever and their quasi-religious cant diverts attention from where it is needed and holds back evidence-based science.  In the advancing accountability revolution the Global Warmist sect will be called to account for Lies against Humanity”.
· INTERVIEW Piers on AlexJones show http://www.youtube.com/watch?v=tZVOnML1jtE
· Earthquake predictions:
Interesting Australian video Christchurch E-quake predicted and Japan region Earthquake Predicted a Month Ago http://bit.ly/idY9lP     Volcano-Earthquake watch with solar-flares VID http://bit.ly/fA0LTy  Interesting ideas on solar corona.
19 Mar VIDEO JimBerkland Geologist expect huge EQuake PacificNW in period Mar 19-26th +note Piers http://climaterealists.com/7411
The 4th Jan Solar eclipse and… – The solar-lunar driver of Queensland Floods – WeatherActionNews2011no1http://www.weatheraction.com/docs/WANews11No1.pdf   =  http://bit.ly/hTA5Cv
· Submission by Piers Corbyn to UK Parliament Inquiry into December Cold & snow crisis http://bit.ly/hEmBqG 6Links: written=Link1 Presentation pdf=Link2 &c
The Tap Blog is a collective of like-minded researchers and writers who’ve joined forces to distribute information and voice opinions avoided by the world’s media.