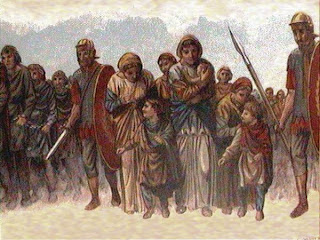 We were once enslaved by an earlier One World Government

I wrote on Political Betting the following –

In 2001 China, Russia and others signed the Shanghai Accord which was an agreement to run Central Asia separately from control by OWG cartels, and to secure the resources for their own use and control. That prompted the invasion of Afghanistan, which was preceded by the false flag terror attacks on 911 to get the Americans and others into the mood. The essence is to run pipelines through Afghanistan out of Putin’s control, and to draw the ’stans’ away from Russia and China and into the OWG camp.
The wars are all presented as being isolated special situations, where good democratic nations have to intervene to prevent massive injustice from occurring, when in fact, there is an intense geopolitical rivalry taking place to control the earth’s resources.
The EU is designed to complete the OWG plans of eliminating the nations of the world into regional blocs. The longer term plans include reduction in the numbers of people living on the planet, the abolition of private property as well as nations, the collectivisation of society, and the removal of children from their parents to be brought up by the state.
If you doubt my correctness on all these points, research the United Nations’ Agenda 21 on Youtube and elsewhere. Frankly I’d prefer to be under Chinese control than the One World Government, whose wars we appear to be enthusiastically fighting.

by Tapestry March 20th, 2011 at 17:37
Agenda 21 is where it’s all going.  By fighting wars on behalf of the One World Government, we are merely accelerating our own enslavement within that.  You know something.  I’d prefer to become a Chinese citizen than continue a slave of the elitist criminals that run the western world.  Here’s why.

Meanwhile the Coalition dismantles Britain’s defensive capabilities to ensure our inability to break free from One World Government.

One Response to “Britain Battles Enthusiastically To Accelerate Her Own Enslavement”