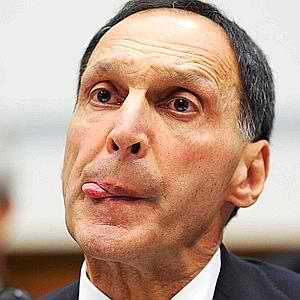 A post in the law enforcement branch of the SEC is a stepping stone to mega-millions.  By dropping prosecutions, the lawyers are rewarded, usually with jobs in the firms that they were investigating, or with their lawyers.  Those that don’t cooperate or talk of blowing the cover of the criminal goings-on end up dead.  Now that’s a fair incentive scheme which ensures no fraud or insider trading is ever prosecuted.  The guys who ruin their businesses, AIG or Lehmans, for example, by committing frauds that finally collapse, like selling sub-prime mortgages, given AAA status by their buddies,  secretly get enormous farewell bonuses in the hundreds of millions.

The situation is fraught with danger.  The end game can only be catastrophe, but the super rich won’t care.  They will be on the inside of any crash and they will buy back assets sold at the top for a song.  The American financial system is a criminal industry that operates beyond the law.  Why?

The problem is that they don’t observe any law or moral code – only greed and power.  They control all large corporations throughout the world, and all political and judicial processes.  There is no way anyone can stop them.  This the One World Empire that rules us all.  It doesn’t believe in anything other than its own survival.  Anything is tolerated to achieving that end.  Mere Presidents and Prime Ministers are temporary staff, who want a piece of the action.  Their payoffs come afterwards, of course.  See the Clintons and the Blairs enriching themselves, not paying taxes and becoming part of the super rich.  Obama, Cameron and Clegg all hope to follow on.  Even Gordon Brown is on the gravy train, selling his memoirs for a vast sum, which will never be earned by the book’s sales.

If you doubt the veracity of these tales, read the book.

World Without Cancer, details in the left column, under Tapestry’s Politics.