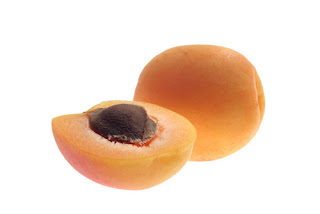 The Apricot Kernel Is Rich In B17.  Most people in the west get only 1% of their daily needs.

The epidemic of cancer in the western world needs dealing with, not with chemotherapy, surgery and other brutal interventions.  Cancer can be stopped with vital vitamins of which the modern diet in deficient.  There are more people making their living from cancer than dying from cancer.  Maybe that’s why the information is suppressed, which it is being.

Here are the foods which have B17, deprivation of B17 causes cancer.  Eating it stops all cancers.

(This article was written by Dr. Navarro several years before he passed away in 1994.)

“The American FDA claims that Vitamin B17 is poisonous in its propaganda – this herbal medicine obtained from over 1,200 species of plants distributed all over the world.”
“The FDA lied in its propaganda poster wherein it stated that B17 contains cyanide whish is half true. What it contains is the cyanide radical (CN) which needs to have an H ion before it becomes poisonous. The molecule of Vitamin B17 is in itself not poisonous until it is hydrolyzed or split by an enzyme called Beta glucosidase or glucuronidase (B.G). when B17 is injected into a cancerous patient, the B.G. around the cancer cells splits the B17 and the HCN produced diffuses into the cancer cells poisoning them, while the normal cells nearby are not poisoned due to the presence of an enzyme, rhodanese, – not found in the cancer cells. The rhodanese adds an Atom of Sulfur to the CN to form SCN, a very mild hypotensive.”
“It was brought out in the American Court trying a doctor who used B17 for his cancerous patient that the FDA has a large list of accepted drugs produced in the United States that are generally regarded as safe (GRAS list). This Gras list contains Amygladin and Amygladin is synonymous with Laetrile, the trade name of Vitamin B17.
Since then the FDA in its shame has stopped using this ploy to downgrade the use of Vitamin B17 that is highly competitive with the various drug products of the drug cartels approved by the FDA although they are more toxic than SCN produced from B17. The reactions of the FDA approved drugs are vomiting, loss of appetite, lowering of blood count suppression of the bone marrow where the immune body defenses are formed with the red and white cells and platelets to the detriment of the patients. The approved drugs poison the cancer cells as well as the normal cells!”
“Orally, Vitamin B17 in the correct dosage of 2-4 grams a day for adult, in divided doses is very well tolerated. The intravenous administration of higher dosages does not produce any reaction. A baby girl of 4 months suffering from cancer of the adrenal that has spread to the liver, bones, etc, received Vitamin B17 per rectum and she got well her ailment. She celebrated her third birthday recently.”

“The Mayo Clinic in the issue of the American Journal of the America Medical Association of February 13, 1981 declared Vitamin B17 is safe, orally or parentally in the correct dosages. In the 36 years of using it we have not met yet with any toxic reaction.”

Copyright © 2010
Inter-Faith Church Ministries Inc.
DEREK added this in the comments.  I watched it with due scepticism, but decided after a while that this has some possibilities for my condition too.  I’d like to try out drinking the ozoned water, and also try out the electrification.  I wonder where I can find a UK Bob Beck practitioner.  All these old guys look so young!!
The Tap Blog is a collective of like-minded researchers and writers who’ve joined forces to distribute information and voice opinions avoided by the world’s media.

5 Responses to “When The Internet Brings Good News”