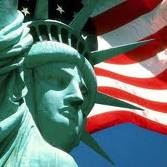 Global Research explains how tyranny took over in the USA –

The best-laid schemes o’ mice an’ men
Gang aft agley,
An’ lea’e us nought but grief an’ pain,
For promis’d joy!
Robert Burns – 1785
No matter how hard we try, no one can control the future, and we cannot assume the future will be like the present.
Woodrow Wilson signed the law that established the Federal Reserve. He later rightly lamented having done so. He writes, “I am a most unhappy man. I have unwittingly ruined my country. A great industrial nation is controlled by its system of credit. Our system of credit is concentrated. The growth of the nation, therefore, and all our activities are in the hands of a few men. We have come to be one of the worst ruled, one of the most completely controlled and dominated Governments in the civilized world no longer a Government by free opinion, no longer a Government by conviction and the vote of the majority, but a Government by the opinion and duress of a small group of dominant men.” Oh, how right he is, and oh, the mischief the FED has wrought! But establishing the FED must have seemed right to Wilson when he signed the law.
Harry Truman had similar qualms about the CIA.
[I]t has become necessary to take another look at the purpose and operations of our Central Intelligence Agency. . . .
assuming the President himself possesses a knowledge of our history, a sensitive understanding of our institutions, and an insight into the needs and aspirations of the people, he needs . . . the most accurate and up-to-the-minute information on what is going on everywhere in the world, and particularly of the trends and developments in all the danger spots. . . .
every President has available to him all the information gathered by the many intelligence agencies already in existence. . . .
But their collective information reached the President all too frequently in conflicting conclusions. At times, the intelligence reports tended to be slanted to conform to established positions of a given department. . . .
Therefore, I decided to set up a special organization charged with the collection of all intelligence reports from every available source, and to have those reports reach me as President without department “treatment” or interpretations.
I wanted and needed the information in its “natural raw” state and in as comprehensive a volume as it was practical. . . . But the most important thing about this move was to guard against the chance of intelligence being used to influence or to lead the President into unwise decisions—and I thought it was necessary that the President do his own thinking and evaluating. . . .
For some time I have been disturbed by the way CIA has been diverted from its original assignment. It has become an operational and at times a policy-making arm of the Government. This has led to trouble and may have compounded our difficulties in several explosive areas.

Wilson would never have won the Presidency had he not agreed to do the bidding of the founders of The Fed.  He was an obscure figure catapulted to the top because he had agreed to sell out to private control of the money supply.  He might have realised too late that he had ruined his country, but he would never have become President if he hadn’t agreed.


Once networks of financial and intelligence have been created, they cannot be uncreated.  And they will always start to build bigger empires, once they are brought into existence, to the point where they become more powerful than the democratic system that did that.