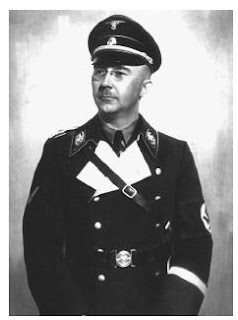 Himmler – a founding father of the EU – offered to sell the Jews to Britain and the US and send them to Spain.  Our governments declined.

From The Tap comments –


Phillip Day’s stated that ‘parts of’ (my words) the Common Market were conceived in a bunker in Berlin in 1942 by the Nazis. I say ‘parts’ because the ideology was begun twenty odd years before.


This from Phillip Day’s book ‘Ten Minutes to Midnight’ in which he describes the actions and desires of the EU in destroying Britain (amongst other nations). Phillip Day is a Doctor of medicine, and has much to say about the medical profession and its cover-ups: http://www.credence.org/


‘Ten Minutes to Midnight’ can be found in his book list. Further curious tales can be found on Scorcha Faal’s site: http://www.whatdoesitmean.com/


Derek’s reading recommendations have proved very good in the past.


ADD to that this Rense radio piece, which explodes the myth that the West didn’t know about the concentration camps, and yet never touched the railway lines and the infrastructure that delivered the millions to their deaths.  This interview also describes the central bankers financing Hitler imagining him a bulwark against Stalin, and how the US saved the top Nazis after the war.  The records came available for researcher David Loftus to expose these and other shameful stories.  The notion that the EU was conceived in part by the Mazis is not fanciful but historical fact.

2 Responses to “Recommended Reading For Eurosceptics”