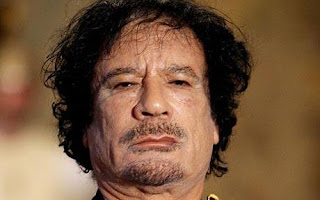 Africa’s going through a One World Empire political upgrade.   Dictators of doubtful loyalty are being shifted, to be replaced with democratic systems, which can be controlled through the media and the political parties, just like they are in the USA and Europe, where elections are now routinely rigged.  Africa is being upgraded from dictatorship to similar democracy-without-substance, the system used to control all western countries.


Fifty new countries can provide troops and military back-up to the OWE.   In the internet age, dictatorship is no longer the efficient way to hold down territory.  The old way was ‘Sure.  He’s a sunovabitch, but he’s our sunovabitch.’  The trouble is that most dictators try to play off different sponsors.  The OWE’s had enough of playing this game and wants to move to a system of democratic illusion, which, with modern communication methods and media control in place, is easy enough to pull off.


Global Research explains the important military details.  There are big gains to be had by the OWE if they can pull off control of the continent by moving away from the age of the dictators.  Democracy’s a more complicated method of control but it is a game that China and Russia can’t play.  There ‘s a lot of oil in Somalia, just over the water from Yemen.  That’s another factor of corse, along with the huge wealth of the continent, most of it yet untapped.


A recent article in Kenya’s Africa Review cited sources in the African Union (AU) disclosing that the 28-member North Atlantic Treaty Organization is preparing to sign a military partnership treaty with the 53-nation AU.

The author of the article, relaying comments from AU officials in Addis Ababa, Ethiopia where the organization has its headquarters, wrote that although “the stated aim is to counter global security threats and specifically threats against Africa, some observers read the pact as aiming to counter Chinese expansion in Africa.”
The feature further claimed that NATO is negotiating the opening of a liaison office at AU headquarters and that the North Atlantic Alliance’s legal department is working with its AU counterpart “to finalise the new pact, which will be signed soon.” [1]
The news story additionally divulged that Ramtane Lamamra, African Union Commissioner for Peace and Security, “confirmed that Nato is to sign a military cooperation agreement with the AU” with particular emphasis on consolidating the African Standby Force (ASF). The latter is intended to consist of brigades attached to the five Regional Economic Communities on the continent. (North, East, West, Central and Southern.) The West African Standby Force has been tasked the role of intervening in – which is to say invading and occupying – Ivory Coast since the announcement of presidential runoff election results in the country in December [2], and contributors to the East Africa Standby Brigade (EASBRIG), Uganda and Burundi, are engaged as combatants in the civil war in Somalia.
The AU’s Lamamra stated “Africa would like to learn from Nato on strategic airlift, advanced communications, rotation of important units among regions and to meet logistical challenges,” adding that “Nato was a good model on which to build the ASF.” [3]
NATO airlifted thousands of Ugandan troops into and out of the Somali capital of Mogadishu last March – 1,700 and 800, respectively – in support of the Ugandan-Burundian African Union Mission in Somalia (AMISOM). [4]
The Kenyan report also revealed that “Experts say Africa is becoming a strategic battleground between world powers and in particular the US, the European Union, China and Russia,” with the first two – collectively subsumed under NATO and its Partnership for Peace program (except, for the time being, Cyprus) – working in unison and the second two expanding oil and natural gas investments on the continent. In addition, Russia and China are competitors of the U.S. and its NATO allies in regards to arms sales to African nations. The piece added:
“According to knowledgeable sources, the new security arrangement could be a way to block the continent’s other main arms suppliers – China and Russia.
“If the pact gets endorsed by AU member states, it would be a big blow for China and Russia.”
“In its 2010 annual summit, Nato set itself a target to be a global ‘security guarantor’ by the year 2020.” [5]
On February 18 and 19 a delegation of high-level officials from the African Union led by Sivuyile Thandikhaya Bam, head of the Peace Support Operations Division of the AU, visited NATO Headquarters and the Supreme Headquarters Allied Powers Europe (SHAPE) in Belgium.
As NATO reports:
“NATO and the African Union have developed an increasingly fruitful practical cooperation since 2005… NATO supported the AU Mission in Sudan [airlifting over 30,000 troops to and from the Darfur region] and is currently assisting the AU mission in Somalia in terms of air- and sea-lift, but also planning support.
“NATO is also providing… training opportunities and capacity building support to the African Union’s long term peacekeeping capabilities, in particular the African Standby Force.” [6]
The African Standby Force has been systematically modeled after the NATO Response Force, which was launched with large-scale war games in the African island nation of Cape Verde in 2006. The ASF is a joint project of NATO and U.S. Africa Command, which before achieving full operational capability on October 1, 2008 was conceived, developed and run by U.S. European Command, whose commander is simultaneously NATO Supreme Allied Commander Europe.