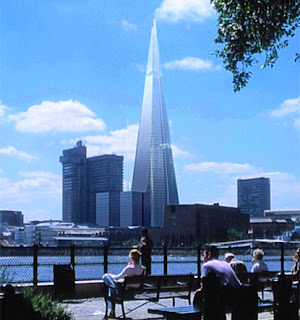 The $2 billion London Shard (simulation)
The OWE (one world empire) is obsessed with itself and its desire to control all of mankind. Its favourite emblem is the pyramid.  They pretentiously imagine themselves as descendants of the Egyptian Pharoahs, or other bullshit, borrowed from freemasonry, where old men roll up a trouser leg and learn funny handshakes.  They have perfected the dark arts of suppressing truth and freedom, and have worked out how to enslave countries with debts, too large to ever pay back.  London is in the trap, the most indebted capital in the developed world, with no prospect of escape.  This is the OWE’s celebration of that fact.  We can look on at their mighty works, and tremble as did the slaves of ancient Egypt.
Mind you this will be a nice safe place to work.  They won’t be sending any false flag terrorists to spoil the look of their proud new creation.  I don’t think I’ll bother visiting London any more though.   It’s like Hitler had built a giant swastika after winning the Battle of Britain.  This is the inheritance of Tony Blair and his elitist treachery.  I’ll go somewhere else from now on, rather than have to look upon our descent into servitude to such evil and undeserving people.

Remember the Louvre Pyramid – same architect.  Hasn’t he got any other ideas? 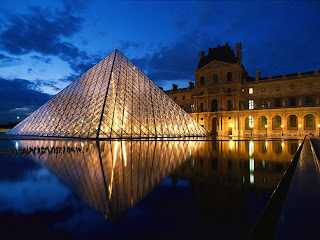 They even have them on US dollar bills, captioned
NEW WORLD ORDER in Latin 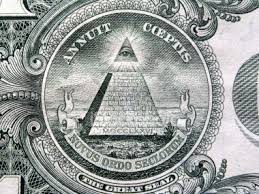 detailed plans are in place to introduce the new world empire
Every person in the world has been assigned an 18 digit tracking number, which consists of 3 groups of 6 numbers. The first 3 numbers assigned in the BEAST computer to everyone are 666. The next is one’s national code. The U.S. national code is 110. Then the next 3 numbers are your telephone area code, and then finally your 9 digit Social Security number. The code then is 666 + Nation code + Tel. area code + social security no. = BEAST I.D. no. for an individual. Chapter 11 Internal Controls

“Is there a number or mark planned for the hand or forehead in a new cashless society? Yes, and I have seen the machines that are now ready to put it into operation.” Ralph Nader

The Shard should be called Chip Central
The Tap Blog is a collective of like-minded researchers and writers who’ve joined forces to distribute information and voice opinions avoided by the world’s media.

4 Responses to “Not Another Flippin’ OWE Pyramid. London This Time.”