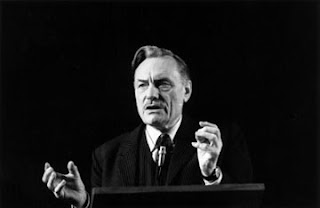 This was my attempted comment.  I tried sending it three times.  This happens quite regularly now.  They cut me off, whoever they are.  It’s not Mike Smithson doing it, I know, as he has informed me that he is not limiting my access to the site.

139.  Mrs Thatcher believed that socialists were evil, which they are, in that they see socialism as away to suppress the masses, allowing the educated elite to control them, while private enterprise is suppressed.  They see no right to the pursuit of happiness.

But she was unable to see that the linkage between the enemies from the other side of the account – the corporatists who control the EU and the OWG – at least she was late to see them.

Enoch Powell was bright enough to see what was coming, so he was politically eliminated, and the OWG placed compliant Heath in the driving seat.  Thatcher was always said to have been chosen by mistake by the party’s MPs.  She was underestimated by all, which is why she rose so far.  It’s a pity she was surrounded by wall-to-wall traitors out to fill their own pockets – Heseltine, Clarke and so on.  It is very hard to fight against a secret and very powerful enemy, which controls the media and is prepared to use any tactics from bribery to assassination.  But she did manage to do so for a surprisingly long time.

Blair, Brown and Cameron are just selling out.  At least we had the Thatcher years to show that someone can fight back and win against the corporatists for a while.

140.  The OWG has made huge strides in central asia since invading Afghanistan in 2001.  China does not have the whip hand.

2 Responses to “I Am Cut Off On Political Betting Comments”