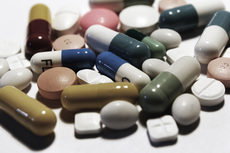 EUObserver runs an article which claims there is a vast problem with fake drugs being supplied over the internet.

”Over 50%” of the 10 billion Euros worth sold online are now fake and either useless or dangerous, is the claim.  This seems to be a little unlikely.  The real agenda of course is to find an excuse to stop the competition, and maintain the industry’s profits.  I fisk the article below.

Barcodes, serial numbers and holograms are among the verification methods being analysed by the European Commission to ensure a drug can be traced back to suppliers and drug makers.

MEPs also called for greater scrutiny of online sales, originally left out of the commission’s draft proposal, with more than half of medicines purchased from websites of illegal pharmacies being fake, according to the World Health Organisation.
BULLSHIT.  They just can’t take the competition!!!!
Under the new law, internet pharmacy sites will need to be authorised, with a common EU logo helping citizens to identify the bonafide online shops. Only Germany, Denmark, the Netherlands, Portugal, Sweden, and the UK currently allow patients to buy their medication over the internet.
BONAFIDE?!!!   i.e. Those that don’t offer any discounts, and are in the system!!!
A new study however, commissioned by US pharmaceuticals giant Pfizer, estimates that one in five Europeans admits to buying prescription drugs on the internet without appropriate medical care, fueling a €10.5 billion industry.
They make that sound like it’s a problem.  People getting access to cheaper medicines will never do.
The number of counterfeit drugs seized by EU authorities has also risen fourfold since 2005.
That is ”counterfeit” according to their definition of counterfeit, which means not branded by a big corporation which pays its lobbying dues in Brussels.
“What’s particularly worrying is that it’s no longer just so-called lifestyle drugs like Viagra that are being targeted, but also life-saving medication, like anti-cancer drugs,” said German centre-right MEP Peter Liese.
Cancer drugs are the most profitable of all.  Can’t have them being bought cheaper.  My God!
The European Consumers’ Organisation BEUC welcomed the new EU legislation, but added the availability of cost-effective medicines for EU citizens remained an ongoing challenge.
“Sadly, legislation alone cannot totally solve the problem of counterfeiting. Now the remaining challenge will be to set up a cost-efficient system that will effectively enhance consumer safety when buying medicines, without leading to an increase in medicines prices,” said the group’s director-general Monique Goyens.
i.e. If we can stuff this competition from the internet with regulations, we can jack up prices yet further.  Job done.
The Tap Blog is a collective of like-minded researchers and writers who’ve joined forces to distribute information and voice opinions avoided by the world’s media.