The Shropshire Hills Have A Sustainable Lifestyle ”Village” Called Karuna.  It Is Creating Jobs And Showing An Alternative Way Of Living.  It Is Being Attacked By Common Purpose Operating Out Of The Shropshire County Council.  Why?  What’s Their Problem?
Sue from the project  writes –
People like ourselves are harassed and treated like criminals when we have actually sacrificed and given our whole life to truly sustainable development and the transition society.
A new clearly written policy will  save a lot of time and public money that is wasted by local & higher authorities whose understanding and commitment towards sustainability is not yet in evidence.
You all know this is a matter of fact as you understand that for almost 4 years now Karuna permaculture project , ticks all the box’s for stated government aims, yet it is repeatedly attacked by the local authority(Shropshire county council LPA).
This is ongoing for Karuna. 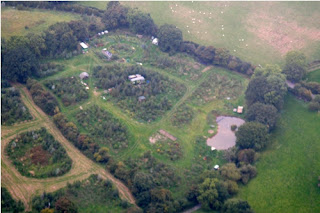 Self sufficiency makes a nice change from subsidised sheep farming.  Tourism is important to the area.  The Karuna Project offers visitors a fascinating opportunity to learn how time-honoured growing techniques are just as valid today as they always were.
Please send your most intelligent comments that will support us, irrespective of whether you yourself feel the need to live this way yourself.  We should all support each other, because the wider community benefits.
Now come on, David Cameron, Prince Charles and all you people with power up there.  Let’s hear it for ‘sustainability’ and The Big Society, and for Sue and the Karuna Project near Church Stretton in Shropshire.
Or is it time that they all admitted the real truth – that they don’t actually care about The Big Society or Sustainability at all, only Big Business, Big Power and Big Money?
Well, here’s their chance to prove whether all their rhetoric is a sham or not.  OK.
Call the dogs off, Cameron.  Give these people some support – NOW!  Here you have everything that your Big Society wants to bring about, a reconnection with old-fashioned values, and a new-found dedication to quality of life, and what happens?  You attack it.
PICTURE AT TOP –  Aerial view of ‘Sanctuary’ field at Karuna (Sept 2010). Showing design of new diverse woodlands/nature reserve & arboretum ,Forest gardens, fruit tree nurseries, horticultural area, water holding & Low impact dwelling…Established over  five years.
THE PROJECT –
Karuna is a Sanskrit word meaning compassion.
In “Island” a novel by Aldous Huxley (his last novel) Karuna was a place where people are kind and happy, they have equality without mediocrity, compassion as well as intellect and science side by side with art.
Karuna is located within an area of outstanding natural beauty (AONB) near Picklescott, on the upper fringes of the Long Mynd, it faces out towards stupendous far reaching open views of the Stretton Hills and surrounding countryside.
The soil at Karuna is quite fertile, the area was once covered in trees, it is now naked compared to what it once was. Being lovers of trees and the land we have a desire to restore a small part of it and restore its fertility through the permaculture  approach.
Go For It, Sue!!   Many people salute your efforts, and offer their support.  The Council needs to bloody well grow up.  What use are they anyway for all the amount they cost us in rates and council tax?  Shropshire’s Council is as corrupt as any other in England.  It’s time it was given a good working over.  Maybe the new Council Leader, Keith Barrow, Conservative, can sort out something.  Or the Conservative MP for Ludlow can – Philip Dunne, who lists farming and small business as his key interests in his biographical details.

Philip Dunne, Conservative MP Ludlow
Keith Barrow, leader of Shropshire County Council, is a successful local businessman and would no doubt be sympathetic to the aim of sustainability.  Why not visit him, and Philip Dunne.  They very likely have no idea as to what is going on.  The Shropshire Star would be too feeble to run a  story. 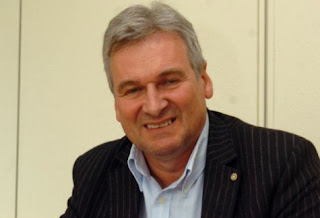 Keith and Philip will of course find themselves coming up against ”dark actors playing games”, the people who are able and willing to orchestrate policy from behind the scenes.  Big Money always finds a way to distort and pervert the efforts of those who want to see good outcomes from their time working in government.  The enemies of our health and wellbeing are well dug in. 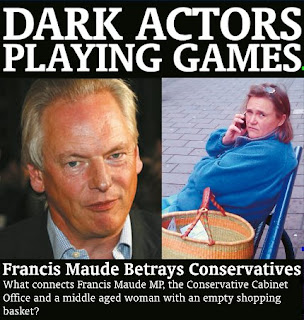 Francis Maude and Julia Middleton orchestrating Britain’s real hidden government.
David Cameron told the 1922 Committee of his backbench MPs in his address to them six months ago, they will have to get used to The New World Order.
I prefer the terms ”One World Empire” , ”Elite”  or “Exploitation System”, creating a most appropriate acronym – the O.W.E.S.
Whatever it’s called, our own Prime Minister believes that we are a subject people, living in a totalitarian state, with just the illusion of democracy.  And he is happy to carry on with creating that illusion, pretending he has a programme called ”The Big Society”. The Illusionists who conned the Conservative Party,  David Cameron and man in the shadows,  Francis Maude.
From ukcolumn link above –


Before the last general election, many informed local Conservative party activists were becoming concerned about the political activities of Common Purpose, particularly where it was able to help implant and sustain a NuLabour socialist doctrine within the staff of Unitary Authorities, Councils, Quangos and the Third Sector by means of its secretive graduate networks. Local Councillors were quick to spot that Common Purpose ‘leaders’ amongst key Council Officers could effectively undermine and neutralise Conservative policy and values, even if the Tories were to be elected.
Across UK, Tory Councillors began to collect and report information on Common Purpose to Conservative Head office. Despite their growing concerns, they were told not to worry – Common Purpose would be rooted out from key organisations once Cameron was in power. In the meantime they were advised to watch, listen and report, but not to make a public noise. This advice can now be seen as a deliberate con trick by the heart of Cameron’s government……
Whist Francis Maude betrays true Conservatives in the dark, David Cameron prefers just to ignore the concerns of ordinary Conservatives – in August this year, he launched a major Common Purpose International event in Bangalore India. Tories shouldn’t be surprised at his betrayal of them. Cameron did tell the 1922 Committee that they would need to “get used to the New World Order”.
OK Maude, Cameron and Middleton have the power to crush whoever they want, in favour of their One World Elite of totalitarian government and big corporations.
They’d all be nonentities outside of their power and greed-crazed, truth-rigged, health-destroying networks.  Put them inside an appropriate uniform, and they’d look just the part.
No wonder there was a farcical attempt made to badge the New World Order with this logo – 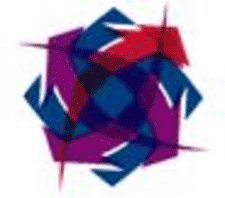 Does it remind you of anything?