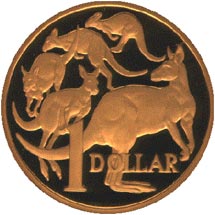 It might be chance, but on the 5th January I blogged that the Loonie and the Aussie were both at parity with the US $, and I wondered if that was now to be the plan, with both joining the coming One World Currency at 1:1 to the US$.  Since then neither currency has moved against the US$ by more than 1%, and they seem locked in place.

Bureaucrats love round numbers.  If the Euro headed for parity later in the game, that too might then be locked in place at 1:1.  Sterling might not be far behind.  We’d all become one, paying 7% to the world’s central bankers to bail us all out.  That’s the going rate in the Greek, Portuguese and Irish bail-outs.  Why would they ask any less of the rest?  It would all be nice and simple.