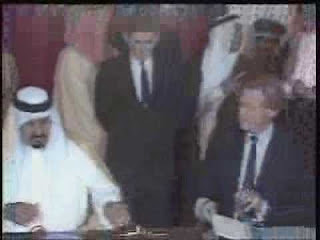 Coming into effect within the next three months is a new British Bribery Act, which is intended to bring British bribery legislation into line with German and American laws.  It really is most helpful to defence lawyers as it provides a whole raft of new defences to accusations of the common law crime of Bribery.

The concept of bribery is not as easy to define as one might imagine.  The old common law definition of ‘behaviour that tends to corrupt’ is being replaced with a relativistic definition, viz. that of making payments, or giving benefits in order to achieve an ‘improper advantage’.  Of course the term ‘improper’ is open to interpretation, and what is thought of as improper in London, would no doubt be held to be very different to what is improper in say Riyadh.

It might even be thought of as ‘improper’ to not offer inducements.

Over time what is thought ”improper” could of course vary.   Impropriety has no hard definition.  It is all about what might offend popular notions. The removal of the term ”corruption ” from the definition of bribery is indeed a defence lawyer’s dream come true.

That aside, the prosecution in a bribery case will have to demonstrate a number of things.  First, under Section 9, that an act of bribery has taken place beyond reasonable doubt.  That, however is not sufficient to achieve a conviction, even though you would think such a case would be open and shut.  The prosecution also has to prove beyond reasonable doubt that the agent who paid the bribe has a relationship of service or agency to the principle.  If therefore a company used its regular agents in a country like Saudi Arabia to arrange some inducements to be paid to an official, the relationship to the principle would be easy to establish.

But if payments were arranged via an agent who was hired exclusively for the purpose of paying bribes to secure a contract, there might well be insufficient evidence on which to secure a conviction.  This would be the case even more so, if, for example, the finance was arranged in a cryptic manner, separated in space and time, for example a year later, via a Swiss bank, as would no doubt be a normal procedural safeguard for this kind of business.

But even if the prosecutor’s office was able to prove both the act of bribery, and the agency relationship to the principle beyond reasonable doubt, the accused would still have an extensive defence available to ward off the threat of conviction.

If they could demonstrate that they had taken adequate procedures to prevent corruption within their own organisation, which were adequate to the known risk, the company could still escape conviction, even when an actual case had otherwise been proved.  As long as there was no falsification of records, designed to cover up what had happened, and the company had implemented an anti-corruption regime within its management, it could still defend successfully against a conviction for an individual act of bribery, which was not generally happening as a rule.  It could, for example, be stated that the contract had been secured without a bribe as such, but with a general promise of a willingness to negotiate future benefits to be paid, but which had not been quantified, and it was the subsequent demands of the purchaser, not directly connected to the contract achieved, which were now in question, as part of a longer term relationship.

With so many requirements on the prosecutor, and so many defences available to a defendant, it would be a very surprising case which actually made it to court.  The company would almost be wilfully seeking to be convicted to fall foul of a law with so many gaping loopholes.

With this viewpoint in mind, you have to be mildly sceptical of the determination of international governments to eradicate corruption from their midst.  The ”Integrity Initiative” that is being pushed around the world’s capitals in the slipstream of the British Bribery Act must surely be met with a mildly cynical chuckle.  This Act gives politicians all they need to fend off the penetrating enquiries of journalists into how they are getting large contracts from third world and other governments.  ”We haven’t been prosecuted,” they will rightly be able to claim.  ”And we have conformed with all the requirements of international standards with the passing of The Bribery Act”.