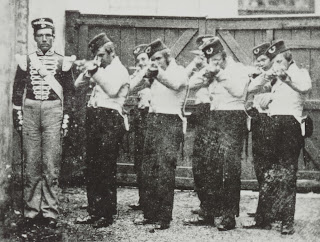 The choice is this, or the BBC.  Control by one means or another.

The agencies that hold the world in their power have decided that allying with dictators like Mubarak and Saddam Hussein is not ideal.  The dictators can become overconfident, hard to control, and troublesome to move on.


Far preferable would be the same situation the One World Government has achieved in the USA and Europe, where the people believe they are living in a democracy, but, in truth, all political parties  are penetrated and organised to carry out the bidding of the OWG, no matter which party wins ‘power’.

Suppression of the people, rather than being achieved in torture chambers and by firing squad, becomes a mere exercise in Public Relations through control of the media, and through the stealthy rigging of elections.  The idea that someone else is manipulating all the outcomes seems highly far-fetched to ordinary people living at ground level.  The thought that the media is not telling the truth, but is being manipulated from behind the scenes seems like a basket-case conspiracy theory, although, of course, that is precisely what is happening.
Global Research explains –
This spurred on the development of an American strategy in the Arab world, modeled on similar strategies pursued in recent decades in other parts of the world, in promoting “democratization,” by developing close contacts with ‘civil society’ organizations, opposition leaders, media sources, and student organizations.
The aim is not to promote an organic Arab democracy ‘of the people, and for the people,’ but rather to promote an evolutionary “democratization” in which the old despots of American strategic support are removed in favour of a neoliberal democratic system, in which the outward visible institutions of democracy are present (multi-party elections, private media, parliaments, constitutions, active civil society, etc); yet, the power-holders within that domestic political system remain subservient to U.S. economic and strategic interests, continuing to follow the dictates of the IMF and World Bank, supporting America’s military hegemony in the region, and “opening up” the Arab economies to be “integrated” into the world economy.
Thus, “democratization” becomes an incredibly valuable strategy for maintaining hegemony; a modern re-hash of “Let them eat cake!” Give the people the ‘image’ of democracy and establish and maintain a co-dependent relationship with the new elite. Thus, democracy for the people becomes an exercise in futility, where people’s ‘participation’ becomes about voting between rival factions of elites, who all ultimately follow the orders of Washington.
This strategy also has its benefit for the maintenance of American power in the region. While dictators have their uses in geopolitical strategy, they can often become too independent of the imperial power and seek to determine the course of their country separate from U.S. interests, and are subsequently much more challenging to remove from power (i.e., Saddam Hussein). With a “democratized” system, changing ruling parties and leaders becomes much easier, by simply calling elections and supporting opposition parties. Bringing down a dictator is always a more precarious situation than “changing the guard” in a liberal democratic system.
However, again, the situation in the Arab world is still more complicated than this brief overview, and American strategic concerns must take other potentialities into consideration. While American strategists were well aware of the growing threat to stability in the region, and the rising discontent among the majority of the population, the strategists tended to identify the aim as “democratization” through evolution, not revolution. In this sense, the uprisings across the Arab world pose a major strategic challenge for America. While ties have been made with civil society and other organizations, they haven’t all necessarily had the ability to be firmly entrenched, organized and mobilized.
In short, it would appear that America was perhaps unprepared for uprisings to take place this soon. The sheer scale and rapid growth of the protests and uprisings makes the situation all the more complicated, since they are not dealing with one nation alone, but rather an entire region (arguably one of, if not the most strategically important region in the world), and yet they must assess and engage the situation on a country-by-country basis.


Mind you, even amongst propagandised democracies, a little extra-judicial killing never goes amiss to keep the thought of rebellion out of peoples’ minds.  Dead men and women, after all, tell no tales.  The biggest secret of all in the illusional democratic countries such as the US, Australia and Britain is false flag terrorism.  No one is being spared in the attempt to keep it all under wraps.   Some very brave people are dying while trying to get the truth out.

London has seen people executed for knowing too much.  Take Brazilian John Carlos De Menendez.  Whenever has anyone been shot over ten times in the head because he allegedly jumped a tube turnstyle, apparently because his visa had run out?  Other theories suggest that he was eliminated because he knew that the London tube bombing was nothing to do with terrorists.  All the surveillance cameras were claimed to be malfunctioning, which later turned out not to be true.


Passengers were told to leave the train and then watched what took place.  De Menendez was killed by a special military hit team, who shot him ten times in the head execution style.  He had run because he knew his life was under threat.  He looked to the other passengers as if he knew the people who were killing him.