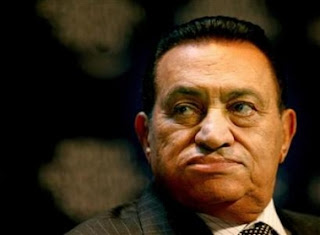 Mubarak served his purpose, acting as a OWG stooge throughout thirty years.  But political control systems are getting more sophisticated now.  The preferred way to ‘democracy’ is not missile and bomb as in Iraq, but internet campaigns designed in Washington DC.

No doubt the ‘democratic’ delusion has its prepared leaders acceptable to the OWG waiting in the wings, people who have been trained in the manipulation of democracies. The OWG see that it’s cheaper and more effective to run false democracies than repressive dictatorships.

Tunisia and Egypt (and others no doubt) are going through a managed political upgrade.

Business will be better too, once the people imagine themselves living in a free society.  The depopulation programme can be more easily put into effect whereby millions will either not be born, or die prematurely through the use of vaccines, food and water supply ‘modification’.

The revolutions are being fed by Freedom House based in Washington DC via the internet.  This claims to be spreading democracy, but we already know what they mean by democracy –  total loss of freedom as parties are managed, elections rigged and debts ramped up.  But for as long as the people believe that they are free, suppression on the QT is so much cheaper.
Mubarak and others are on the ‘to go’ list.  That much is obvious.  They’ve served their purpose.
Webster Tarpley explains in this video –


Wikileaks that the CIA were trying to remove Mubarak three years ago.  He’s had plenty of time to prepare for this mob rule attack on his regime.
Tarpley says that the CIA are behind the Egyptian riots.  Mubarak has not done enough to assist the UN, initiatives against Iran, and is not appealing to the Egyptian young nihilists.  If the army and the Police continue to support Mubarak, and the internet remains switched off, Mubarak might survive.  If the Army takes over, it would merely be a new Mubarak.
If the old style ‘people power’ demonstration doesn’t work any more, and the military intervention as in Iraq doesn’t work any more either, with the new Iraqi President not being an ideal USA choice, which is why you never hear about him, the ability of the American OWG Empire to control the course of events in the world, is diminishing fast.

If they succeed in shifting out Mubarak, and inserting the man they want to replace him with, here is  that man –