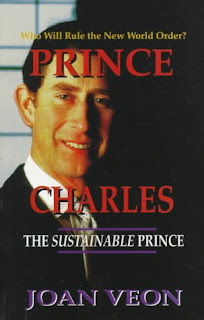 I updated the Prince Charles = Foundation X story this evening as details of the new Royalty income deal break.  The Civil List, brought in when George 3rd hit financial troubles two hundred and fifty years ago, is going.  Prince Charles has demanded that his income will now equate to 15% of the income from the Crown Estates.  A long article in the Mail On Sunday explains that Charles has persuaded George Osborne to effectively return the £6 billion Crown Estates to Royal control.  The income could surge if the numbers of wind and tide power installations surge, as the Crown Estates own the first twelve miles of seabed where most of these installations will be, and rental will be payable.

How has Charles done it?  Whereas two hundred and fifty years ago, it was the Crown that was broke, and needed the government to bail it out, today we have the opposite situation, a government that is broke, and a Monarchy which is influential enough amongst Central Bankers to be able to ensure Osborne can borrow the money he needs to get through the recession.

This is evidence of the point I made in the first post on this topic that Charles is heavily involved in Central Banking, as alleged by the late Joan Veon, the journalist who wrote the book breaking the story of Charles’ involvement with One World Government, where his fanaticisim for environmental issues has huge influence.

Power is shifting, out of Parliament and back to the Palace, to the point that Charles is calling the tune.  And  from the world perspective, power is centralising back to a tiny few.  The age of mass democracy and the light of the Renaissance are dying.