WSJ – Polish officials blamed Russian air-traffic controllers for blunders they say contributed to the plane crash that killed Poland’s president in Russia last year, amid an intensifying bout of mutual finger-pointing over who is responsible for the tragedy.

Russian controllers at the airport in Smolensk, the destination of the Polish president’s flight, failed to react when they noticed his plane was off course and, under pressure from superiors in Moscow, allowed it to attempt a landing even though visibility at the airport was below the minimum safety threshold, Polish investigators said Tuesday. 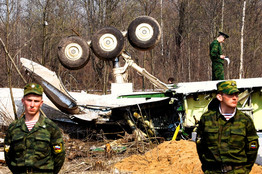 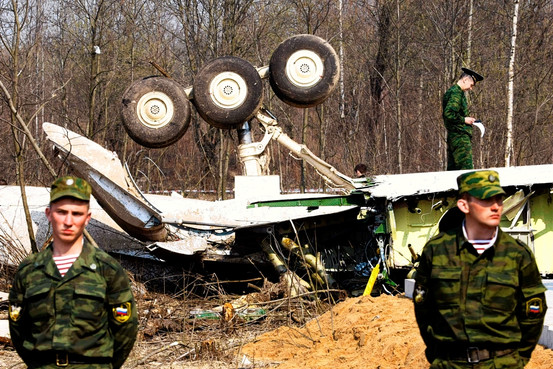 At a news conference here, the Poles also said Russian meteorologists gave the Polish air crew misleading weather reports shortly before the April crash, which killed President Lech Kaczynski and the other 95 people on board, plunging Poland into mourning and roiling its politics.
The Polish investigators, who plan to release the findings of their probe into the causes of the crash next month, were reacting to a report published last week by the Moscow-based Interstate Aviation Committee, which blamed the Polish pilots, who it said were pushed to land by dignitaries on the plane.
The Russian report made no mention of any actions by controllers that could have contributed to the crash.

It’s as good as saying Kaczynski was assassinated, which he was.  He stood for Polish independence from the EU, from Russia and anyone else.  He allied with America, but the One World Government eliminates all political leaders who seek independence from their control.

Russia would have been given the green light to take him out.

He joins the list that starts with JFK in 1963, and which just keeps growing, as each generation’s independent-minded and good politicians and even Royals, who don’t support The Order, are ‘dealt with’.