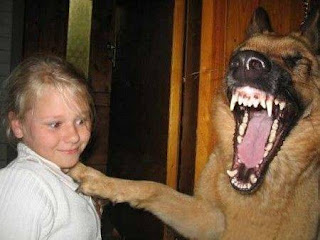 Wake up, kids.  The big bad wolf is coming to get you!!

Below Video – Health professionals plan what lies to tell the people, in order to create panic about swine flu, while they laugh about it.

Daily we are bombarded with horror stories on TV of people dying of flu – that is, a mere fifty so far, when there are annually 12,000 flu deaths each winter as a matter of course.  There is no pandemic anywhere.  The flu vaccine, on the other hand, is injuring and killing millions of people worldwide.  Women are miscarrying by the hundred thousand.  Yet the media hasn’t shown even one case of that as yet.

(that was over a year ago.  the numbers might well be much higher now, but a media clampdown will not allow anyone to know)

($80 a throw for every human being affected)

Many are developing illnesses as a result of the mercury contained in the vaccine, and who knows what else is contained within it?  Many are becoming ill instantly which indicates there could also be the presence of a virus being deliberately distributed.  Just as AIDS was distributed in the Hepatitis vaccine (how else did seven different strains of AIDS commence instantly in seven different parts of the world, where vaccination was in use?  And the same strains are still located where they began.).

The preferred viruses that they normally distribute in vaccines are carcinogenic, as were the viruses in the Polio vaccine (another story.  Cancer surged after the Polio vaccine was given worldwide, as monkey viruses were transferred to humans – and it was known at the time that this would be the case) so people who have the swine flu vaccine might not only be exposing themselves to diseases of the nervous system brought on by the mercury, which have already been identified in Finland, where the swine flu vaccine has been discontinued.  They could also be increasing their chances of dying of cancer each time they are vaccinated against flu from deliberately distributed carcinogenic viruses.

The swine flu vaccine is also being pushed hard in the Third World with full media support, where the vaccine is also being given to babies.  Many are becoming ill, and when the mothers ask why, they are being told that this reaction is entirely normal.  Many will die.  Many will become brain-crippled (autistic) or be made infertile.  25% of western couples are already incapable of conceiving, and this can be attributed to vaccinations, distributing mercury and viruses for the purpose of depopulating the world.

Next up, in the western world, a large agri-business in Germany has been caught mixing dioxin, another carcinogen, into the food supply.  So far the name of the guilty corporation has been kept out of the news.  How is that achieved?  Surely the media should be reporting the corporation’s name?  Of course not.  The same corporations that are implementing the population destruction programme own the media.

The news merely reassures people that all is well, and they, in any case, are eating only a very low dose of dioxin.  It’s laughable.  They are going as fast as they dare to feed poisons into humans to accelerate deaths,  increase infertility, and reduce health, all as part of the hidden depopulation programme, which is openly talked about by the One World Government (Bill Gates, just for one example).

They will kill as many as they can before the world wakes up to what is happening.  Your life is in danger, and that of your children.

They don’t need Auschwitz and extermination camps any more.  People can be killed in far greater numbers by the use of the media to drive them to accept a slower and less obviously caused death in their food (GM foods designed to create infertility and cancer), or in a vaccine.

This American journalist, Wayne Matsden, in the video below, believes that flu viruses are also being used for a variety of political purposes in different countries.  Some countries are pushing the swine flu panic, as in Britain. Others are not even mentioning it at all, like Poland.  How’s that?

There is a curious outbreak of swine flu amongst a small island of Inuits where the population was wiped out in 1918, from where a sample of the original swine flu virus was collected and stored.  There haven’t been any flights in or out of the island, for four months, so how did the virus get there?

One thought would be that they want to test the virus that wiped out 90% of the island’s population in 1918, to see whether it is still working, and if not, why not.  The OWG of course doesn’t understand disease as they have the typical bureaucratic view.  All pandemics through history have occurred at times when peoples’ immune systems have been in a state of collapse, such as in bear markets, the end of wars and at times of hunger and starvation.  They need to rework their approach, and first engineer hungry populations, living in a depressed economy with no jobs, and with no hope of any improvement.  Then their desire to create a pandemic might have more chance.

For ordinary folk reading this, the message is clear.  Don’t have the vaccines.  The risks are heavily loaded against having them.  And stop watching the TV and listening to the radio.  They are probing your tendency to panic to be able to push you into taking the medicine that will ultimately kill you.  Fortunately, for now, the depopulation and attempts to engineer pandemics have failed.  But don’t worry.  They’ll be back.

Rely on your own immune system.  Eat a good diet.  Stay of good cheer, and help to fight the bastards out of the powerful position they have achieved across the world.  Their weakness is information.  The battle is on the internet.  Join it.

Other medical advice, cannabis cures tumours and progression to Alzheimers, but has been banned.  It has been known for forty years that cannabis cures cancer.  Likewise is is known that sweating will remove many toxins from the body.  Sauna time.

9 Responses to “The OWG Depopulation Programme Is Accelerating”