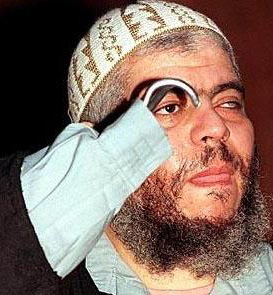 I lost touch with a friend since Christmas.  I finally got hold of him today on Facebook.  His phone had needed resetting, which involved a new SIM card and new number.  All his contacts were lost.  His email address went dead losing all his contacts, and his bank account, held with Nat West went dead and his ATM card stopped working.  No explanation was given by Nat West, and it took ten days to get him back online.

The only link that still worked for him was Facebook.

He is of course a political activist, with interests in UKIP, and being a secular Moslem, he is trying to stop the aggression whipped up between mad Moslems and mad non-Moslems.  He believes Abu Hamzir is on the MI5 payroll for example, and is being used to whip up enmity between us all.  Who’s to say?  He could be right.

It is on record that David Rockefeller said that people would be disconnected from the system if they annoyed the OWG.  Here is a good example of exactly what we will be seeing for those who don’t want permanent war, created by big business so they can develop their empires, at the expense of peace and the health of communities.  And we used to think phone tapping was a problem.

2 Responses to “OWG Cuts People Off From Their Bank Accounts”