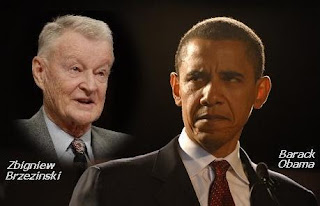 This came in from Global Research this morning.  I’ve seen similar before, but these two paragraphs encapsulate the situation of the One World Government’s view of the world nicely.
In the late 1990s Brzezinski wrote up the design for America’s imperial project in the 21st century in his book, “The Grand Chessboard.” He stated bluntly that, “it is imperative that no Eurasian challenger emerges, capable of dominating Eurasia and thus of also challenging America,” and then made clear the imperial nature of his strategy:
To put it in a terminology that harkens back to the more brutal age of ancient empires, the three grand imperatives of imperial geostrategy are to prevent collusion and maintain security dependence among the vassals, to keep tributaries pliant and protected, and to keep the barbarians from coming together.[1]
He further explained that the Central Asian nations (or “Eurasian Balkans” as he refers to them):
are of importance from the standpoint of security and historical ambitions to at least three of their most immediate and more powerful neighbors, namely Russia, Turkey and Iran, with China also signaling an increasing political interest in the region. But the Eurasian Balkans are infinitely more important as a potential economic prize: an enormous concentration of natural gas and oil reserves is located in the region, in addition to important minerals, including gold.[2]
Brzezinski emphasizes “that America’s primary interest is to help ensure that no single power comes to control this geopolitical space and that the global community has unhindered financial and economic access to it.”[3]
Obama as a Rabid Imperialist
Obama wasted no time in rapidly accelerating America’s imperial adventures. While dropping the term “War on Terror” from usage, the Pentagon adopted the term, “overseas contingency operations.”[4] This was to be the typical strategy of the Obama administration: change the appearance, not the substance. The name was changed, but the “War on Terror” remained, and not only that, it was rapidly accelerated to a level that would not have been possible if undertaken by the previous administration.


http://www.globalresearch.ca/index.php?context=va&aid=22781
The Tap Blog is a collective of like-minded researchers and writers who’ve joined forces to distribute information and voice opinions avoided by the world’s media.