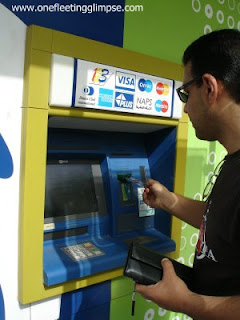 Gunboat diplomacy gave way to cruise missile.  Now the weapon of choice for loading political pressure onto undesirable governments is the internet kill-switch.  Empty ATMs are just one result.

The campaign in Egypt to fell Mubarak runs on day after day, but it just got interesting.  The internet and the broadcasters are down, and the army is on the streets, and now the latest Rockefeller dirty tactic is being deployed – bringing the country’s cash machines to a grinding halt.

The OWG has discovered a weapon more powerful than the aircraft carrier, the cruise missile or assassination – killing the internet.  What better way to close down a country than to kill communications, empty the cash system and prevent the supply of money.  The Army won’t have any countermeasures against the ensuing chaos.

From The Age (Sydney, Australia) 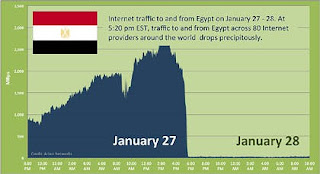 US President Barack Obama, social networking sites and rights groups around the world all condemned the moves by Egyptian authorities to stop activists using mobile phones and cyber technology to organise rallies.
“It’s a first in the history of the internet,” Rik Ferguson, an expert for Trend Micro, the world’s third biggest computer security firm, said.
Julien Coulon, co-founder of Cedexis, a French internet performance monitoring and traffic management system, added: “In 24 hours we have lost 97 per cent of Egyptian internet traffic”.
Despite this, many Egyptians are finding ways to get access, some using international telephone numbers to gain access to dial-up internet.
According to Renesys, a US Internet monitoring company, Egypt’s four main internet service providers cut off international access to their customers in a near simultaneous move at 2234 GMT on Thursday.
Around 23 million Egyptians have either regular or occasional access to the internet, according to official figures, more than a quarter of the population.
“In an action unprecedented in internet history, the Egyptian government appears to have ordered service providers to shut down all international connections to the internet,” James Cowie of Renesys said in a blog post.
Link Egypt, Vodafone/Raya, Telecom Egypt and Etisalat Misr were all off air but Cowie said one exception was the Noor Group, which still has 83 live routes to its Egyptian customers.
He said it was not clear why the Noor Group was apparently unaffected “but we observe that the Egyptian Stock Exchange (www.egyptse.com) is still alive at a Noor address.”
Mobile telephone networks were also severely disrupted in the country on Friday. Phone signals were patchy and text messages inoperative.
British-based Vodafone said all mobile operators in Egypt had been “instructed” Friday to suspend services in some areas amid spiralling unrest, adding that under Egyptian law it was “obliged” to comply with the order.
Egyptian operator ECMS, linked to France’s Telecom-Orange, said the authorities had ordered them to shut them off late Thursday.
“We had no warning, it was quite sudden,” a spokesman for Telecom-Orange told AFP in France.
The shutdown in Egypt is the most comprehensive official electronic blackout of its kind, experts said.
Ends
Mubarak couldn’t organise such a comprehensive blackout if the international service providers didn’t cooperate, which they wouldn’t do without agreement from Washington.  It helps Mubarak by making it harder for the opposition to bring large numbers out in coordinated demonstrations, but the collapse of electronic services also maintains and increases the feeling of a crisis running out of control, which helps to keep the pressure on Mubarak.  Note how Obama is publicly criticising him for cutting off the internet, yet he didn’t lift a finger to stop him.  Without his backing, the removal of all electronic services would not have happened so comprehensively…oh apart from the stock exchange, of course.
As The Age article points out, the same capabilities to shut down the internet, the so-called internet ‘kill-switch’ bill is being legislated in Washington DC. 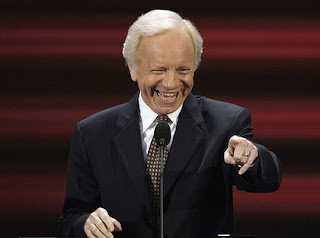 Senator Joe Lieberman ‘the internet is a dangerous place’

The economic consequences of shutting down the internet completely in the USA would be ugly indeed.  Millions of Americans would be out of work in a millisecond.
The OWG is mad.  The kill-switch will be placed in the hands of the President.  Even a nuclear bomb would only knock out a part of the economy.  A killed internet would knock out 80%.
The effects would be felt worldwide, as the internet is so interconnected.  The power to shut down the world will soon be in a single man’s hands.  The One World Dictatorship will soon be here.
In Egypt, the electronic shutdown has forced Mubarak to the negotiating table…If a US President killed the internet in the USA, it would have the same effect of destabilising his own credibility.   The corporations want the population glued to the television absorbing their advertisements and propaganda.  The internet is not to their liking.  But it’s here.  I don’t think they will find it so easy to put it back in the box now.
http://online.wsj.com/article/SB10001424052748703445904576117393514953196.html?mod=WSJEurope_hps_LEFTTopStories
The Tap Blog is a collective of like-minded researchers and writers who’ve joined forces to distribute information and voice opinions avoided by the world’s media.