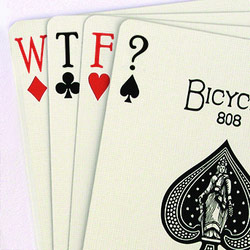 This was left in comments by BRIT, a regular commenter on The Tap, under the Oldham Byelection post.


I can only tell you what I know for certain. Both Barnsley and Doncaster have cases of this disgraceful action taking place. In both cases it was the BNP votes that were abused and what happens is that 45 BNP votes will be counted and then 5 OPPOSITION VOTES PLACED ON TOP and the bundle then placed in an opponents line. At the Barnsley scene, no one would check the BNP claim until, because of the ruckus , an independent person came over to query the row. Being assured the row would go if she would look into the claim, she went over to check the Labour votes. Then she called over the scrutineer and, on this occasion, had the crime put right. No, the BNP are not paranoid, its just that we witness the disgraceful and illegal depths that the establishment go to , to do away with opposition.


If they can switch The BNP’s votes over to Labour, they can switch Conservative to Lib Dem and vice versa.  It was important for the OWG at Oldham to sow the seeds of the bedding of the coalition into an electoral pact, or alliance.  They don’t want the Conservative right wing to ever get back into control of the Party.  To ensure that doesn’t happen, the BNP and UKIP will always be suppressed.  And the Lib Dems will be kept permanently on top of the Conservative Party to keep it in check.


The Lib Dems were no doubt targeted to be absorbed into the Conservatives by the OWG for the reason that they were anti-war. The campaign to absorb the Lib Dems was pushed by Hague, a known One Worlder since 2005.  If the Lib Dems had fallen in with Labour, the Left as a whole might have sprung the same way, against war.  There seemed to be a plan afoot.


The Lib Dem coalition is also the best tactic to suppress the so-called right wing of the Conservative Party, which is eurosceptic and independence-minded.


The reason the BNP are prevented from prospering at elections could also be that they stand to withdraw all British troops from fighting OWG wars around the planet.


It was because Blair agreed to joining the wars that he was kept in office so long with the introduction of uncontrolled postal voting, and other techniques.

3 Responses to “Is This How Elections Are Rigged?”