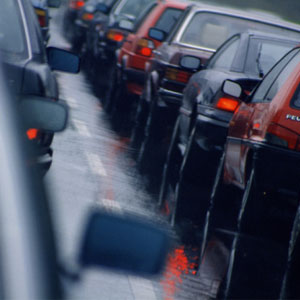 This is a great piece of writing sent in by Colin, which describes the experiences of the author being stopped at a roadblock in Texas and his daughter arrested.  The full article is here.

This is an extract – the last few paragraphs which sum up the core of the problem of the erosion of individual sovereignty.
Cognitive scientist Steven Pinker tallied the similarities between Orwell’s novel and today’s world in his 2003 book, The Blank Slate. The elements of that Orwellian nightmare are either proposed or already here. Government euphemisms… national identity cards… surveillance cameras on streets and in shopping malls, and drones… satellites in the sky… personal data on the Internet… endless wars with shifting enemies… dossiers in government databanks… and ever-increasing controls on the actions and statements of individual citizens.
From checkpoints and electronic strip searches at airports… to your banker being forced to report suspicious deposits to being locked up for not disclosing all of your assets to the IRS… the signs are clear: 1984 is here. Whether it’s a War on Drugs, Illegal Immigration, or Terrorist… it is all a war on individual sovereignty.
Winston Smith, the protagonist in Orwell’s novel, rebels against Big Brother. His fate is arrest and torture. O’Brien, a member of the Inner Party and the person in charge of torturing and converting Smith back into a docile slave, tells Smith about the future: “If you want a picture of the future, imagine a boot stamping on a human face — forever.”
Winston, tortured and barely able to speak, replies: “You could not create such a world… it is impossible to found a civilization based fear and hatred and cruelty… there is something in the universe, some principle, some spirit that you will never overcome.”
As the novel ends, Winston Smith has given up hope in such a principle. “Everything was all right, the struggle was finished. He had won the victory over himself. He loved Big Brother.”
There are many today who have found their own peace through a love of Big Brother. For those of us who believe in sovereignty, the spirit Smith believed in is still real. Individual sovereignty is the antithesis of a totalitarian world of surveillance, roadblocks and Newspeak. There is a principle, a spirit that can’t be overcome, and that is the determination to live free… I hope it survives.
Jack Pugsley
Chairman, The Sovereign Society
I find there are places where I feel free, and places where I don’t.  You can sense the determination of the state to control you, but in the end of the day, they are not that bright.  The people who become stooges of state power are usually the less capable who find they can become someone and that they can be the ones to push people around for once, as they see it.  I never deal with any government agency in person (I am a businessman).  I learned long ago that the thing they hate more than anything is to sit opposite someone who made their own way in the world, and has a freedom they couldn’t ever aspire to.  Freedom is the most valuable thing we possess, and a few goons of low intelligence are not going to take that away.  Just tick their boxes and they all go away.  The most important act of having a free mind is to keep it away from the broadcast media.  Keep the TV switched off.  And the radio.  They set the terms of the debate on there.  On the internet we do.
Thanks for the article, Colin.
The Tap Blog is a collective of like-minded researchers and writers who’ve joined forces to distribute information and voice opinions avoided by the world’s media.