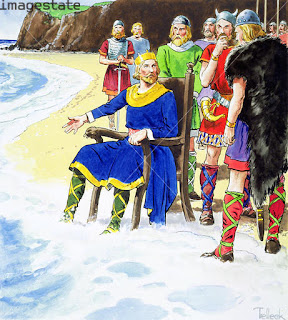 King Cnut, Another One Unable To Stop The Waves.

Nothing surprises any longer, and it is not possible to get the real news from the MSM.  Sometimes you can find some kind of report on the internet.  Sometimes you have to try and deduce what is really going on from what you see.

Observers of Forex markets cannot have failed to notice the combined arrival of both the AUS$ and the Canadian $ to parity with the US$, both at exactly the same moment.  They have hardly budged since they reached parity just before Christmas.

It is very possible there is more to this than mere coincidence.  Has the OWG bagged a couple of countries to fit the One World Currency plans, in which all currencies are merged either with the Dollar or the Euro, the Aussie and the Loonie two earmarked to become permanent US$ fixtures?  The Yen and Sterling would be tolerated as independent currencies in the plans as suggested for the IMF’s Special Drawing Right.  All other currencies are to be pegged.

Maybe there is an attempt going on to fix them in situ, as there was with Sterling and the Euro in 2009, when Sterling got very near to parity with the Euro.  The OWG seem to like round numbers.

The Sterling/Euro excitement all blew over pretty quickly when market forces intervened, and Sterling rose again as stock markets recovered.  No doubt the Aussie and Loonie will head off on a big fall as commodities turn down, but at this moment, you can almost see the OWG boys salivating at fulfilling their dream of world domination through a OWC, linked at parity.

2 Responses to “Have The Australian And Canadian Dollars Been Pegged To The US Dollar?”