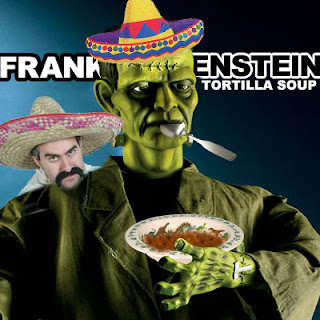 osp
My father was  a farmer.  He was a very honest and trusting person.  When he was told that PCB sprays were safe, he felt it was safe to spray them every day to kill the flies in the milking parlour, which otherwise would have been an irritant.  And that is what the place smelt of, all the time for twenty five years.
We grew up in this enviroment, my brother and myself.  My father lived a long time, til he was 90, but from 75 years he had Parkinsons Disease gradually crippling his body, and to a lesser extent, his mind.  Many neighbours who used the same product on their farms died young,or suffered lingering conditions.
My health was not quite right in my thirties which seemed very early in life to be suffering from strange heartbeats and chronic fatigue.  My brother started even younger, going down to a mysterious illness aged nineteen, from which he has never really recovered.
I was 52 before I had a proper diagnosis, after being told by NHS doctors over decades that there was nothing wrong with me.  I had a high dose of PCBs in my body.  My father never was diagnosed as the cause of his illhealth.  He had other illnesses in his fifties, but miraculously recovered.
I have had three years of treatment to try to remove the PCBs from my body, and much of it has now gone.  My health has dramatically improved, but working fulltime is well beyond my reach, as is a normal amount of stress.  I can’t drive to London without taking days to recover, for example.
The information coming out now about Monsanto the company that supplied PCB over sixty decades, is that they claimed it was harmless,while knowing full well it was killing people.  In 1937, they had reports telling them that PCBs were highly toxic and caused a whole variety of diseases.  Yet they decided that business had to come first,and all the health data was suppressed.
Monsanto’s crimes don’t end there.

This came in from BRIT.

Tapestry, the latest blog by “Derek is not far off the mark. The following is taken from “Stunning Statistics” by Jack Black –

The artificial sweetner,Aspartame, is marketed as Nutrasweet, Equal and Spoonful.  It is used in many foodstuffs and almost every soft drink.


Since its introduction in 1981 it has been the subject of many complaints reported to the Adverse Reaction Monitors of the US Food and Drugs Administration. In an article published in the Journal of Neuropathology and Experimental Neurology, John W. Olney said that animal studies revealed high levels of brain tumours in Aspartame-fed rats.

Just before Aspartame was legalised, a commissioner of the FDA six other operatives and two attorneys assigned to prosecute Nutrasweet for submitting fraudulent tests, left the organisation to work for a Nutasweet company.

Coca-Cola knew of the dangers of Aspartame because it originally opposed approval by the FDA. Indeed, its objections were published in the Congressional Record. It said that Aspartame was inherantly unstable and breaks down in the can, decomposing into methyl alcohol, formic acid, fomaldehide and other toxins.

And yet Aspartame, which is tremendously addictive, is found in every Diet Coke can.
G.D.Searle was the company behind Aspastame.When news leaked out alleging this company had falsified Aspartame’s test results, Congress pledged 60 million dollars for the prosecution of the firm’s Chairman.


However, the Reagan administration closed ranks and prevented the trial of one of their own from taking place. The Chairman of G.D.Searle at the time was Donald Rumsfeld who, until recently, was George Bush’s Defence Secretary and one of the leading hawks who took us to war with Iraq.

G.D.Searle is a subsidiary of Monsanto Products, the largest genetic engineering company in the world.  Monsanto owns the Nutrasweet and Equal brands. The US firm, Paradigm Genetics,has been a partner with Monsanto in trials of GM technology.  Innotech has a 12.4 stake in Paradigm Genetics.

Tap,
A few more observations about Monsanto.
They have cloned just about every domestic animal and such things as salmon (yes, the fish). They have genetically engineered such basic staples as rice and wheat (neither of which will propagate the following season, the farmer must buy new seed from Monsanto). They have also patented these things.
Within the last month the uk gov’t has announced that GM and cloned food products WILL NOT BE LABELED ANY DIFFERENTLY FROM NATURAL FOODS.
Wikileaks has just disclosed that the US Ambassador to France demanded retaliation against the French people for refusing GM grain. A good place to visit on the web is Max Keiser’s page and see his videos.
From Derek –
The World according to Monsanto:
I watched a documentary by a female French journalist a year or two back about Monsanto and its GM products. Not only were the local people to the factory dying of poisons that induced cancer, the farmers were being forced to grow Monsanto crops, as the GM crops were seeding naturally by wind dispersal onto their non-GM fields.
I’m not remembering the details too well, but seem to recall that this made Monsanto claim the non-GM crops as being cross-fertilised with theirs and therefore belonging to them! IIRC it worked the other way too – so that non-GM crops must not be grown anywhere near GM crops so as not to cross fertilise with the GM.
It showed children in Mexico suffering skin lesions due to being near the crops that grew around the homestead. It showed Cotton growers in India where the farmers were forced to grow the GM crop as it was a superior quality and yield to the natural. This forced the farmers hand into growing GM, and as soon as this was achieved, the price of the seed skyrocketed.
and
‘Patent on a Pig’
There was another film about pigs in Germany, a GM firm applying for patents on the pig gene. The effect of which would have been to stop all pig production other than GM pigs, which would in effect ‘copyright’ all pigs to the GM firm.
The Tap Blog is a collective of like-minded researchers and writers who’ve joined forces to distribute information and voice opinions avoided by the world’s media.