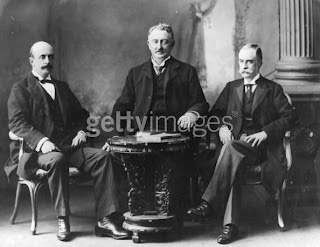 These two internet clips are the most important that exist.  They explain the New World Order.  You need an hour for each.  Dr Monteith is a retired Orthopaedic Surgeon, a Researcher and Talk Show Host from Monterey, California.

(If you prefer reading to watching, read The Depopulation Agenda by Dr Monteith.

The first clip is called   –  None Dare Call It Genocide   –  It begins with 30 seconds of black screen.

The second is called – The Brotherhood Of Darkness.   This explains the development of secret government, what it has done in the past and what it intends for the future.

I’m sorry not to write a summary of the clips, but there is no summary.  This is the essence in as brief an explanation as possible.  Dr Monteith’s interpretation of the facts are his own.  You might hold alternative views.  There are few people on earth who know more about the facts of who is running the world today, how they got there, and what they intend for the future of the world.

Once you know what is knowable, not only might your future actions be altered.  All your previous thoughts about the human race will need fitting in to this ‘new’ structure.  Take it slowly.  There is no point in sensationalising what is already a devastating account of human history in the last 120 years.  I let Dr Monteith speak for himself. 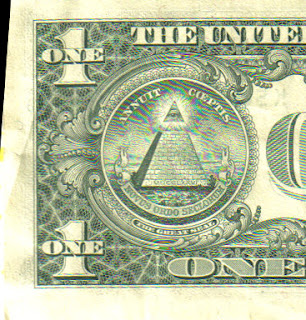 The US Dollar has this symbol.  The words ‘novus ordo seclorum’ mean ‘new world order’.

He states that many people blame the Masons.  Many blame the Jews.  Many the Central Banks.  Many blame the Communists.  Others blame the Socialists.  All of these (apart from blaming the Jews which he points out is not an accurate assessment of the people who initiated The New World Order) are involved, but there is one common thread which links them all into one.  To find out what that single thread consists of, watch The Brotherhood Of Darkness.