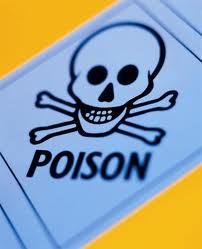 The OWG Depopulation Programme is doing well.  In Russia where USAID delivers the health programmes, population is tumbling with people living shorter lives and few babies being born.  It is not so easy to bring about the same population crash in richer countries, where food and healthy living is more easily accessible, but in the USA the last three years has seen significant progress in capping the length of lives with illness, and in cutting the numbers of babies being born.

Vaccines are full of mercury, and contain viruses designed to increase rates of cancer, and to reduce fertility.  The persistence of Dioxin-in-food scandals indicate that these are no accident. And as for fluoride in water and toothopaste, this is openly admitted.  But somehow the real effects of fluoride are kept out of the media/

This came in from Colin today.

It’s the great baby crisis of the 21st century!

It’s not just bad news for Diaper Genie makers — it’s bad news for anyone who hopes to have kids, because fertility rates have never looked so grim.

Birth rates were down in nearly every age group, including women between 35 and 39 years old — something unseen in three decades.

Even those usually reliable babymakers, teens, stopped popping ’em out — they dropped by 2 percent to their lowest birth rate in 70 years, something “experts” blamed on the economy.

Are they for real?

Teens don’t give a hoot one way or another about the economy. They’re driven by lust, hormones, and a feeling of indestructibility — always have, always will.

If teens were having less sex, or better protection during sex, there would be a corresponding decline in the spread of STDs among kids. Instead, those diseases have exploded among the nation’s youth.

Nope, this has nothing to do with the economy — it’s just one more sign of the relentless chemical attack on the human race.

U.S. birth rates have been sliding for years now thanks to all the hormone-like chemicals in your food, in your plastics, in your home, and in your water. Women are less fertile than ever, and men are becoming so impotent they’re practically women themselves.

Combine that with the news that U.S. life expectancies have actually declined, and it’s not too hard to see the big picture here: Fewer people living shorter lives, probably chemically designed to expire right when the money runs out.

Welcome to the future.

Babies no longer on board,

In another piece in the same link from Colin was this on the demonising of Dr Andrew Wakefield who tried to tell the world about the dangers of vaccines to children.

Start pounding those stakes into the ground and gather up some firewood — we’ve got a witch to burn.

Today’s witch: Dr. Andrew Wakefield, now accused of fabricating the research in his landmark 1998 study that linked vaccinations to autism.

And if he really did fake his work, then burn, baby, burn.

But before you set that fire, ask yourself why so many people are so hellbent on destroying this man — and what they’re so afraid of.

After all, Dr. Wakefield never told anyone not to vaccinate a child. He’s not even against vaccinations.

All he did was suggest that the ludicrous combo vaccinations that overwhelm young immune systems be split up into a series of individual shots — or at least allow parents the option to choose between the two.

That doesn’t sound very radical to me — but you should have seen Anderson Cooper go after Dr. Wakefield on his CNN show the other night. You would’ve thought he found a Nazi war criminal instead of a relatively minor threat to one of the world’s biggest, most powerful and most crooked industries.

If you want some witches, I’ve got a much better place for you to bring your torches: to the offices of drug company bosses and their public health lackeys who push needless vaccine after needless vaccine on children around the world.

I don’t know if these things really cause autism, but it doesn’t matter — because I do know this: Many of these shots are dangerous, unnecessary and ineffective.

You heard me right. Despite the mainstream’s mantra that “vaccines have saved millions of lives,” let’s take the scientific point of view on this: Prove it.

But you can’t prove it, because it’s just not true — the very diseases that launched the vaccination movement in the early 20th century were already on the decline before a single arm was ever poked!

These vaccines didn’t end disease — better living conditions, improved sanitation and the greater overall health of advancing society did that.

But while scientists can’t prove that vaccines have worked, I can prove they’ve harmed millions — and exposed millions more to serious and unacceptable risk while undermining our natural immunity.

In one case, 11 million British kids were given polio shots contaminated with mad cow disease. In a separate case of contaminated polio vaccinations, millions of Americans were “accidentally” injected with a virus known to cause brain tumors.

You want more? I’ve got plenty. Remember the Lyme disease vaccine? If you don’t, that’s because it was quickly pulled off the market after being linked to a severe and crippling form of arthritis.

Then there’s that dangerous HPV vaccine I’ve been warning you about, still on the market despite dozens of deaths and thousands of adverse events among little girls across the country.

And don’t even get me started on flu shots… or the millions sickened or hurt through the known and expected side effects of “perfectly good” vaccines.

You want to burn a witch, then c’mon baby light that fire — just make sure you burn the right one.

In the post edit, these articles appear in normal size, but when i hit publish, they shrank.  sorry. nothing I can do, readers.

In Europe,incidentally, birth rates are crashing at a far faster rate than the USA.  From the NYT,

Those inclined to see the glass as half-full include some people who are closest to the numbers. James W. Vaupel, founding director of the Max Planck Institute for Demographic Research in Rostock, Germany, looking in particular at Germany’s demographic status, is downright sunny on the future. He, too, says that the shrinking and graying of European societies is inevitable, but he suggests that “on balance, the future will probably be better than the past. People will probably live longer, healthier lives. Continued economic growth, even if at a slower pace than in the past, will further raise standards of living.”


I put this to Carl Haub of the Population Reference Bureau, who monitors global fertility on a daily basis from his perch in Washington. Is it possible that these are basically “good problems,” that Europeans, having trimmed their birthrates, are actually on the right path? That all they have to do is adjust their economies, find creative ways to shrink their cities, get more young and old people into jobs, so that they can keep their pension and health-care systems functioning?


Haub wasn’t buying it. “Maybe tinkering with the retirement age and making other economic adjustments is good,” he said. “But you can’t go on forever with a total fertility rate of 1.2. If you compare the size of the 0-to-4 and 29-to-34 age groups in Spain and Italy right now, you see the younger is almost half the size of the older. You can’t keep going with a completely upside-down age distribution, with the pyramid standing on its point. You can’t have a country where everybody lives in a nursing home.”


The worldwide depopulation programme is proving highly effective, it seems.  Defend yourselves as much as you can.  Buy water from local sources.  Source locally produced food, and meats and dairy products fed by locally grown feed.  Avoid GM crops.  Don’t have vaccinations.  And so on.

3 Responses to “Dioxin, Fluoride And Vaccinations Crash Fertility In The USA”