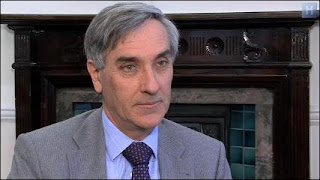 Simon Heffer covers the coming Conservative backbench rebellion over the EU Bill in the Telegraph today.  He seems to think it could be substantial.  But will it be effective?  It won’t decide the sovereignty issue in itself, but it will be important in setting the ground rules and keep open the path to exit, when the right moment comes.

He writes as follows –
Right-wing, Eurosceptic MPs that Mr Cameron finds so tiresome – except when offering to vote for him – have tabled two constructive amendments to Clause 18, affirming parliamentary sovereignty and denying the common law principle (the idea that British sovereignty is based on common law and is not protected by statute, and can therefore be interpreted by judges to suit their own view).
The Government does not yet seem happy to accept these amendments, and the resistance appears to be because doing so would upset the Lib Dems. Clause 18 is scheduled to be discussed at the start of the Committee Stage of the Bill next week. It is an abstruse point, and one on which it may be hard for the Eurosceptics to drum up support: yet it now looks as though the Labour Party, sensing not so much the dishonesty of the clause as an opportunity to cause serious trouble, may join with the rebel Tories in defeating it.
Mr Cameron has not been very effective at keeping his Eurosceptics happy. He delivered on the promise to take his MEPs out of the European People’s Party, but it took the best part of four years. He made threatening noises about not putting up with the Treaty of Lisbon, until it was explained to him that he couldn’t unpick that treaty without unpicking the Treaty of Rome itself: and so he had to backtrack quickly.
Then there was the entirely unnecessary financial support given to Ireland during its euro-debacle a few weeks ago, and the threat of the British taxpayers’ pockets being picked in the months ahead as Portugal, Spain and possibly Italy have to face the inevitable: that there can be no successful monetary union without a fiscal union.
Europe is not the only issue, but it has the benefit for the rebels of being tribal, and having historical resonances, the romance of which matches or even exceeds the political practicalities. Defeat on the EU Bill would not bring down the Government; but it would provoke strains in the Coalition, and, more to the point, strains within the Conservative Party. As the year wears on, the economy is likely to become more of a flashpoint. Many of those who believe Britain continues to offer a soft target to the EU also believe that there have been insufficient cuts in spending, too much quantitative easing, not enough attention paid to the dangers of inflation, and woeful disregard of the need to provide a stimulus through tax cuts to promote growth. The 50p tax rate is not thought to be raising any money and the VAT rise yesterday is expected to depress recovery further. Anger over the conduct of economic policy is mounting too, because the remedies are obvious, but ignored for reasons of saving face and appeasing the Lib Dems.
Most worrying for the Prime Minister is that his internal opponents have a level of intellectual coherence that challenges and undermines the creaking line of the Coalition. Look at the blog of John Redwood for a measured, rational and devastating critique of what passes for Coalition policy. There is still a Conservative Party there, and it is determined to be heard: and the more it is pushed to the margins, the more lethal the internal opposition will become.
Let’s hope so.  If the backbenchers don’t get motoring, the result will be a boost in support for UKIP, which has risen to 5% according to YouGov.  Many Conservative MPs would feel threatened by that.  Conservative voters would stay loyal to backbenchers who represent their views, even if the leadership is locked into the coalition deal.  But without hope, they will increasingly drift away.

Cameron’s expended all the hope he had created for the election in a few months.  It’s now down to the backbenchers to rebuild it.

Cameron’s obsession with spin is failing the country

Next Labour leader could be PM within a year