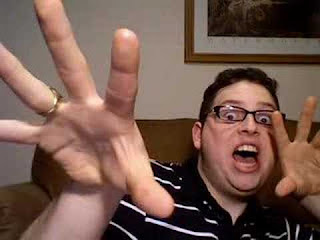 Two comments came in yesterday which were of interest.  The first came by email, and claimed that several attempts to comment to The Tap had been unsuccessful.  I replicate it here.  It’s not quite natural, I suspect –

I only discovered your web-site in the autumn of last year, after you wrote a short post on A. Campbell’s web-site.
What a find your site has been!  I always knew there was something very wrong about the way in which the world was being run,
but I wasn’t really sure about what exactly was going on.  I had, like a lot of people guessed it was something to do with the ultra wealthy families of this country and more especially the USA  but I had no idea of the lengths they would go to in order to achieve their goals.

May I applaud you for having the courage to put your head above the parapet, so to speak.  I would often have liked to have left a comment on some of your blogs, but google won’t accept me for some unknown reason.  Suspect this could be the case for some others also.

I think many people are aware of what is going on in terms of false flag terrorism etc. but to use that strange phrase, “at the end of the day” I’m not sure that “ordinary” people can do much if anything to stop it, sadly.
Finally, I would just add that I watched a very, very interesting video last night, I think it was on U tube, It was made be an American
named Jim Condit.  I daresay you may have already seen it.  If not, I highly recommend it.
Keep up the good work,
Regards,
Gill

That’s the first time that I have come across a claim that comments can’t get through.  Maybe this email should be seen in the context of the next comment, which was sent at the same time.
The next comment was sent in by Atlas Shrugged, normally a calm and mildly critical commenter.  But this time he was uncharcateristically heated, and angry at my optimism that Labour and Conservative backbenchers might fell the European Union Bill.   The comment was not complimentary, and appeared to contain a death threat….as follows –


My text said – It’s very interesting to see Ed Miliband opposing the EU Bill. His brother would almost certainly have supported it, had he been Labour leader. The end of New Labour might be the end of the EU’s control of the House Of Commons. Let’s hope.

Atlas replied –   HA HA you must be joking surely?

Oh come of it Tap, with hope like yours, you should be spending all your available cash on lottery tickets.

I would put my money on the bill going through by at least one vote, because this is how things are done.

Our politicians have form, when it comes to all things EU. Even Thatcher herself only started to get to grips with what was really behind the EU project, when it was far too late to do anything about it.

The EU’s masters long knives soon enough did there bloody work, a lesson not forgotten by Cameron, if indeed he is in need of any. Which judging by his efforts so far, he most clearly does not need any more lessons at all.

This is why our political class are only seemingly against the EU when in opposition. They are all liars taking their orders from civil-servants, that take theirs from bodies such as The RIIA. Who don’t just think the EU is here to stay come hell or high water, they know it is.

Manipulating the democratic process, while retaining the illusion of democratic choice, is a con-trick the establishment have so successfully and repeatedly pulled off on this, as well as so many other very important issues over many decades, that they now know the pack-drill off by heart.

Take my advice and please do not hold your breath as far as waiting for the EU to destroy itself. I would not wish to see a good man like yourself, die so pointlessly in such a painful manner.

The only thing the EU has the potential to destroy is us, as well as everything we most stupidly thought we could never lose.

For even if the EU seems to have done so, all that will happen is the same thing that has already happened several times before, when the EU has so obviously messed up in the past.

Instead of getting less or no EU, we will get ever more.

They will simply claim that the reason why it failed was because the EU was not powerful enough, and use it as an excuse to give The Eu ever more powers.

If we protest that the EU is not democratically accountable at all, they will simply make it more democratic, and therefore even more powerful and less accountable.

The people running this as well as most other shows are 3 card tricksters, as well as the most experienced and well paid con artists never to have been found in front of a judge, or a jury.

Good luck with your self-delusional wishful-thinking, however I have little doubt you will eventually come down to earth.

Or am I being over sensitive?


The post that seems to have got these folk all excited couldn’t be more innocuous.  I commented on the fact that Labour and Conservative backbenches might be about to ally to defeat the EU Bill on January 12th – http://the-tap.blogspot.com/2011/01/labour-conservative-historic-alliance.html

Judging by the reaction to this blogpost, this situation is really bothering some people, which tells you they are worried.  I have never had such a reaction before in over five years of blogging.  See comments below.

29 Responses to “Strange Comments – Death Threats – And So On.”