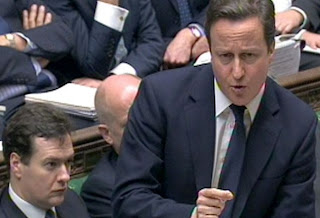 Perhaps the Minister for Europe (David Liddington) should have said in his ConservativeHome article:
“This week the new European Union Bill will be rushed through the House of Commons, with as little scrutiny as possible by MPs. Its details will not be debated and rightly so. The EU Bill is the most irrelevant and unimaginative piece of legislation on how we handle the EU since Britain joined the then EEC in 1973.”
My amendment 48 to the European Union Bill was always going to be a controversial amendment, as it asked for an in/out referendum on the European Union if certain criteria were met. I know my amendment was going to attract substantial support from the Tory benches; unfortunately, so did the whips. Having found out that many Conservative MP’s were happy to support and vote for the principle of an in/out referendum despite all the whips’ pressure, they took an alternative course of action.
In a classic whips’ operation, they arranged for pliable backbenchers to speak at length on the opening group of amendments to stop debate on mine or any subsequent amendments. In all, the whips managed to stop any debate on four clauses and twenty five amendments.
Can anyone remind me why it was worth voting for the Conservatives?
My idea was to insert backbenchers who could get rid of Cameron if he went europhile once elected.
When are the Conservative backbenchers going to get rid of him?
The economy is tanking.  Government revenues are tumbling.  Spending is up 7%.  Brown and Darling claimed borrowing was £155 billion to April 2010.


Since then economic activity has failed to recover, and the deficit could be approaching £300 billion  (£700bn – £400bn territory).
Do we have a government at all?
Who is it that thinks a deficit of 20% of GDP is acceptable?


Once the shit really hits the fan, which will involve a sterling crisis, and a consumer-killing rise in retail interest rates, revenues will head for £300 billion where they were in 1997 before the credit boom swelled them to unsustainable levels.  The IMF bail-out will probably be priced at 7% per annum on hundreds of billions Sterling.  Government spending will have to halve, or more, overnight.  What happened in Ireland is coming to Britain.
If not before, could Cameron be felled at that moment, please, Conservative backbenchers.  And could we have that In/Out referendum on the EU at the same time?
Thanks.

He added: “This country does have a very difficult economic situation for two main reasons. First of all, we have the biggest budget deficit in Europe and we have to get to grips with that and that is difficult.


Maybe but as John Redwood says, so far only £30 billion has gone the way of the banks.
“Inevitably, as you recover from those things it will be choppy and it will be difficult, but the worst thing to do would be to ditch your plans on the basis of one quarter’s figures.”