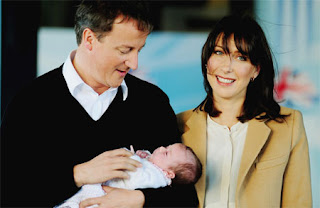 While suggesting that others must be vaccinated against flu, David Cameron admitted, through a ‘source’, that his family, including all his children, had not been vaccinated.

In his interview Mr Cameron also said he had not had the seasonal flu vaccine this winter, because he was not in one of the “at-risk” groups.

He said: “That’s the most important thing, is people in the at-risk groups and the over-65s get those flu jabs.”
A source close to Mr and Mrs Cameron also disclosed that their children Nancy, six, Arthur, four, and Florence, four months, had not received the jab either.
http://www.telegraph.co.uk/health/flu/8248973/GPs-could-be-stripped-of-flu-vaccine-ordering-powers-hints-Cameron.html
This, of course, has nothing to do with his having the knowledge that vaccines are preserved with a compound of mercury, and many children become autistic, and suffer other ill effects from vaccines.
The swine flu jab contains three viruses which have not been evaluated for their carcinogenic effects, or possible effects on sterility.  Mercury accumulates in the body, so that each vaccine given adds to the risks.
The vaccines are good enough for the proles, of course, who are breeding too much, and their numbers need culling anyway.  Anyone over 65 has had a life and is only a burden on society, so a quick shot of mercury and nondescript viruses all helps to send them on their way.
Doctors receive £50 a shot if they hit their targets in the great vaccine population cull.  The media keeps the real effects of vaccines off the air.  David Cameron obviously knows the real story.
Tell your friends their lives are in danger.  Their own doctors are trying to kill them, and cripple their children’s brains.
http://the-tap.blogspot.com/2011/01/owg-depopulation-programme-is.html
Note that in The Telegraph link above, Cameron is continuing to broadcast the fiction that there is a shortage of the vaccine.  This is an outright lie –
The Tap Blog is a collective of like-minded researchers and writers who’ve joined forces to distribute information and voice opinions avoided by the world’s media.