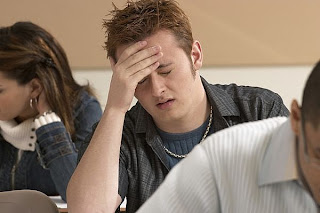 Take three people.  One has a money on deposit at the local bank.  One has a mortgage and another a credit card debt.  The one receives about 1 or 2% interest per annum.  The second pays 5% per annum, and the third 20%.

Why don’t they get together and split the difference, making all much better off?  As it is they all deal with a distant corporation which guarantees all three get much poorer than they need to be.

That’s the starting point of the talk given by Catherine Austin Fitts in the clip below.  She’s an ex-Assistant Secretary Of Housing to the HAW Bush administration, and also worked for a Wall St bank.  She knows the inside story, and it stinks.  She has since changed from Game-Keeper to Poacher, and now advises people to set up their own independent financial arrangements locally.

If you follow through the sequence of clips you will also hear ideas about food, how to live better and cheaper by avoiding food supplied by giant corporations.  Alex Jones says more and more Americans are collecting rain water to drink, for example.  Brits are miles behind in realising what’s going on, I feel.  We need to catch up, or we will increasingly become the victims of our own ignorance.

People should avoid what she calls the financial/military industrial complex – the central banking/warfare model.  She says the world has been the victim of a hidden financial coup d’etat, where the economy is now rigged to serve the ends of giant corporations at the expense of ordinary people, whose wealth is being stolen, and everyone is deliberately being made poorer.  We should take our minds and our money, and leave.

Her message is also optimistic as there is so much growth and improvement that will come if we can get rid of the totalitarian structures that are being placed around us.  If you want to learn about what’s really going on in the world, you need to dedicate a small amount of time – about forty minutes in this case.  Or even just watching the first two minutes, you will hear about how everyone can be much better off by setting up local independent financial services.