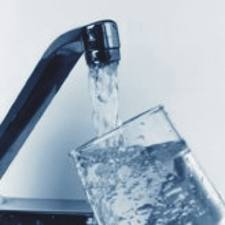 everything depends on the payments system
This article was sent in by Orlando on an email.  It is the NYT explaining that banks are getting too powerful.  They control the payments system, which is a vital public utility to everyone.  In the modern world, you cannot move unless you pay.  That means food, water, rents and heating are all dependent on this one service.  Yet banks are starting to use this power to their own ends by cutting off people they don’t like.
Take the case of Wikileaks.  Visa, Mastercard and Pay Pal have cut them off, and now so too is the Bank Of America, no doubt worried that Wikileaks could reveal their ‘secrets’ which we all know already.
This is a truly terrifying development, and it reflects the private conversations of David Rockefeller, who wants everyone in the world to be chipped.  There would be no cash in his ideal world, and everyone’s financial status would be controlled from a central computer system, which reads and adjusts their chip.  ‘If someone doesn’t want to cooperate,’ he said, ‘we just cut them off.’

We thoughts banks were getting too powerful as they can issue money from thin air, and expand or cut the money supply as they wish.  Now we find they want to use that privilege to override the government and cast people out from society.

All central banks should be brought into public ownership, and no one should be cut off from the payments system except through Act Of Parliament/Congress.  The payments system is worldwide.  There will be no hiding from financial terror of overpowerful banks.  Governments must act.

NYT –  Visa, MasterCard and PayPal announced in the past few weeks that they would not process any transaction intended for WikiLeaks. Earlier this month, Bank of America decided to join the group, arguing that WikiLeaks may be doing things that are “inconsistent with our internal policies for processing payments.”
The Federal Reserve, the banking regulator, allows this. Like other companies, banks can choose whom they do business with. Refusing to open an account for some undesirable entity is seen as reasonable risk management. The government even requires banks to keep an eye out for some shady businesses — like drug dealing and money laundering — and refuse to do business with those who engage in them.
But a bank’s ability to block payments to a legal entity raises a troubling prospect. A handful of big banks could potentially bar any organization they disliked from the payments system, essentially cutting them off from the world economy.
FULL ARTICLE – http://www.nytimes.com/2010/12/26/opinion/26sun3.html?_r=2&ref=opinion
Here’s another way things could be done –

Thanks for the link, Orlando.
The Tap Blog is a collective of like-minded researchers and writers who’ve joined forces to distribute information and voice opinions avoided by the world’s media.