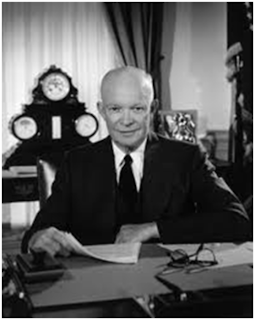 President Eisenhower in his farewell address in 1961 warned that “We must guard against the unwarranted influence, whether sought or unsought, by the Military Industrial Complex.”

This came in today from Global Research.  It portrays American history in the last fifty years, showing how it has changed.  At one time based on a culture of persuasion, today’s America and its covert Empire, which stretches across the globe, is being sustained with a campaign of repressive non-negotiable raw power.  I found this article useful in pulling together a number of loose strands, and hanging them together to form a more complete picture.

This extract sums up the author’s viewpoint –

As author Michael Lind has observed, there have for a long time been two prevailing and different political cultures in America, underlying political differences in the American public, and even dividing different sectors of the American government.  One culture is predominantly egalitarian and democratic, working for the legal consolidation of human rights both at home and abroad. The other, less recognized but with deep historical roots, prioritizes and teaches the use of repressive violence against both domestic and Third World populations to maintain “order.”
To some extent these two mindsets are found in all societies. They correspond to two opposing modes of power and governance that were defined by Hannah Arendt as “persuasion through arguments” versus “coercion by force.” Arendt, following Thucydides, traced these to the common Greek way of handling domestic affairs, which was persuasion (πείθειν) as well as the common way of handling foreign affairs, which was force and violence (βία).”
Writing amid the protests and riots of the 1960s, Arendt feared that traditional authority was at risk, threatened (in her eyes) by the contemporary “loss of tradition and of religion.” A half century later, I would argue that a far greater danger to social equilibrium comes now from those on the right who invoke authority in the name of tradition and religion. With America’s huge expansion into the enterprise of covertly dominating and exploiting the rest of the world, the open processes of persuasion, which have been America’s traditional ideal for handling domestic affairs, have increasingly tilted towards top-down violence.


To read the rest of the article visit this link

postwar U.S. history has seen the institutions of domestic self-government steadily displaced by an array of new institutions, like the CIA and Pentagon, adapted first to the repressive dominance and control of foreign populations abroad, and now increasingly dominant domestically. The manipulative ethos of this repressive bureaucracy promotes and corrupts those who, in order to be promoted, internalize the culture of repressive dominance into a mindset.
The egalitarian mindset is widely shared among Americans. But Washington today is securely in the hands of the global repressive dominance mindset, and a deepening of the military-industrial complex into what in my most recent book I call the American war machine. This transformation of America represents a major change in our society. When Eisenhower warned against the military-industrial complex in 1961 it was still a minority element in our political economy. Today it finances and dominates both parties, and indeed is now also financing threats to both parties from the right, as well as dominating our international policy. As a result, liberal Republicans are as scarce in the Republican Party today as Goldwater Republicans were scarce in that party back in 1960.
That change has been achieved partly by money, but partly as a result of deep events like the JFK assassination, the Watergate break-in, and 9/11. As a rule, each of these deep events is attributed by our government and media to marginal outsiders, like Lee Harvey Oswald, or the nineteen alleged plane hijackers.
I have long been skeptical of these “lone nut” explanations, but recently my skepticism has advanced to another level. My research over four decades points to the conclusion that each of these deep events

1) was carried out, at least in part, by individuals in and out of government who shared and sought to promote this repressive mindset;
2) enhanced the power of the repressive mindset within the U.S. government;
3) formed another stage in a continuous narrative whose result has been a transformation of America, into a social system dominated from above, rather than governed from below.

The most sinister thoughts come right at the end –

Since World War Two, secrecy has been used to accumulate new covert bureaucratic powers under the guise of emergency planning for disasters, planning known inside and outside the government as the “Doomsday Project.” Known more recently (and misleadingly) as “Continuity of Government” (COG) planning, the Doomsday Project, under the guiding hands in the 1980s of Oliver North, Donald Rumsfeld, Dick Cheney, and others, became the vehicle on 9/11 for a significant change of government. This package of extreme repressive power accumulated under the guise of the Doomsday Project can be referred to as Doomsday Power. In concrete terms, the repressive power developed to control the rest of the world is now, to an unprecedented extent, treating America itself as an occupied territory.
What I mean by “doomsday power” is the package of repressive mechanisms (which I have discussed elsewhere under their official name of “continuity of government” or COG plans), that was prepared over two decades by the elite COG planning group, and then implemented beginning on 9/11. The package includes 1) warrantless surveillance, 2) warrantless detention, (including unprecedented abridgments of the right to habeas corpus), and 3) unprecedented steps towards the militarization of domestic security enforcement and shrinking of the posse comitatus acts.
One recent development of Doomsday power, for example, has been the deployment since 2008 of a U.S. Army Brigade Combat Team to be stationed permanently in the United States. A major part of its dedicated assignment is to be “called upon to help with civil unrest and crowd control.”16 Many people seem to be unaware that Americans, together with this Brigade, have lived since 2002 under a U.S. Army Command called NORTHCOM.17 Yet if nothing is done to change the present course of events, historians may come some day to compare the stationing of this brigade in 2008 CE to the date, in 49 BCE, when Caesar, along with his legion, crossed the Rubicon.
And I believe that the forces that have worked for decades to create Doomsday power have, like the global drug connection, been involved in every one of the deep events, from Dallas to 9/11, that have helped bring us here.

The Doomsday Project, Deep Events, and the Shrinking of American Democracy