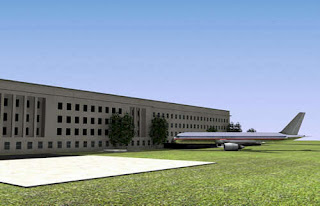 In the USA, 911 is well known to be a faked event, carried out by government agencies.  The majority of Americans believe this to be so, and 85% want an enquiry into the events of that day.  It is odd, therefore, that in Britain, such a suggestion is still thought to be of the wacky variety, which it is.

Here is a typical piece of current American writing stating that every single government statement about 911 has been demonstrated to be false by competent experts.

In this article, for example, Perry maintains that the collapse of the Twin Towers was assured “effect once the beams were weakened by the impact of the planes and the heat from the fires.”  But NIST studied 236 samples of steel it selected from the debris and discovered that 233 had not been exposed to temperatures above 500*F and the other three not above 1,200*F, temperatures far below what would have been required for the steel to weaken, much less melt.

One of the most remarkable features of the destruction of the Twin Towers is that the top 30 floors of the South Tower began to pivot before the building was blown to pieces, floor by floor.  This refutes the claim that they were “collapsing”, insofar as those top 30 floors were not in the position to exert any downward force that might have brought about a collapse.  The South Tower was hit second but was the first to be demolished after only an hour of exposure to fires at 500*F, which is the temperature of ordinary office fires..  If that were enough to cause steel and concrete buildings to “collapse”, there would be no need for resorting to controlled demolitions.  In fact, no steel structure high-rise ever collapsed due to fire before 9/11 or after 9/11.  And if our research is well-founded, that did not happen on 9/11 either.  It is part of the mythology of 9/11 brought to us by Philip Zelikow, whose area of academic specialization is the creation and maintenance of public myths.
Since Underwriters Laboratory had certified the steel used in the buildings to 2,000*F for three or four hours without incurring any adverse effects by either weakening or melting, the fires could have burned forever and not have caused the towers to collapse.  Jet fuel is made of kerosene, which burns at a lower temperature than propane; yet, as Jesse Ventura has observed, his camping stove, which burns propane, does not melt when he uses it.  Since the fires were asymmetrically distributed, moreover, if they had burned hot enough or long enough to have caused the steel to weaken, the result would have been some asymmetrical sagging and tilting, not the complete, abrupt and total demolition that occurred.  Which means that Parry is trading in 9/11 fiction, not 9/11 fact.
He also denies that WTC-7, a 47-story skyscraper that came down at 5:20 PM, seven hours after the Twin Towers were destroyed.  It fell in approximately 6.5 seconds, which is about the speed of free fall, a classic indication of a collapse that was brought about by a controlled demolition.  Many experts have found the pattern of collapse supports that conclusion.  A very nice video that demonstrates this to be the case, “This is an Orange”, refutes his allegation that it was because the building had a large atrium that it collapsed as fast as free fall.  That ignores the fact that the entire building was extremely robust in construction, having been erected over two massive electrical generators providing back-up electricity for lower Manhattan.  This building obviously came down as the result of a controlled demolition, which is why so many in the 9/11 truth community emphasize WTC-7.
He also talks about a vast number of witnesses seeing a Boeing 757 hit the Pentagon and talks about phone calls that were made from the planes.  David Ray Griffin, however, has discovered that all of the alleged phone calls from all four of the planes were faked. None of them were real.  And Pilots for 9/11 Truth had studied the black box data provided to them by the NTSB and discovered that a plane corresponding to the data would have approached on an easterly trajectory, been 300 feet in the air approaching the building (too high to have taken out any lampposts) and was still 100 feet higher than the Pentagon at one second from impact, which suggests that it flew over the building and did not hit it.  Indeed, the absence of massive debris from the plane, including the absence of the wings, the tail, bodies, seats and luggage—not to mention that the massive engines, which are virtually indestructible, were never recovered—indicates that, once again, it is Parry who is propagating myths about 9/11, not 9/11 experts.
While the thrust of Parry’s piece is clearly intended to discredit 9/11 research, he makes at least one important point, which is that we have not yet succeeded in sorting out exactly how all of this was done.  The Twin Towers appear to have been taken out by some novel form of demolition from the top down, where, in contrast to WTC-7, each floor remained stationary waiting its turn to be blown to Kingdom come.  They, too, came down at approximately free fall speed, which is simply astounding since, in the case of the South Tower, everything below the 80th floor was stone cold steel, as was the case for the North below the 94th floor.  There was no reason for them to collapse at all, where their destruction involved the astounding conversion of two massive, 500,000-ton buildings into millions of cubic yards of very fine dust. While the use of thermite has been advanced to explain it, Parry appears to be correct that thermite does not have the explosive
properties that would be required to effect this dramatic physical tranformation.


Jim Fetzer, a former Marine Corps officer who earned his Ph.D. in the history and the philosophy of science, is McKnight Professor Emeritus on the Duluth campus of the University of Minnesota. He co-edits assassinationresearch.com with John P. Costella and is, most recently, the editor of The Place of Probability in Science, his 29th book.
If you start talking like this down at The Dog And Duck’, people might start walking away, but someone just has to get Brits to start understanding that many s0-called acts of terrorists are false flag government operations against their own people.

4 Responses to “911 Phone Calls From Planes Were All Faked”