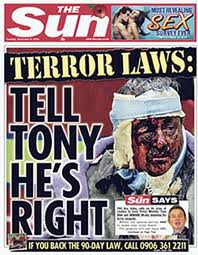 I spoke to a few people over Christmas I had known a while.  I asked a couple of questions of some who had successful careers and who had been high up in the class at school, as it were, and whose lives had been a ‘success’ as defined in conventional terms.  I asked them in particular if they thought 911 was an ‘inside job’ as the majority of Americans now believe.

Not one had any idea that there was any doubt that 911 was as advertised at the time, except one mentioned that he had noticed that Mossad were very quick to blame the Iranians or Middle Eastern Moslems for the attacks.  He attributed this to their being more politically astute, than their having prior knowledge.

If the brightest in Britain have no suspicion of false flag terror, it means that he perpetrators might as well carry on and do some more.  That indeed, is what they seem to be about to do.

The real terrorists, the governments who carried out 911 and 7/7 murdering their own people, are raising the level of chatter.  That means they are up to something.