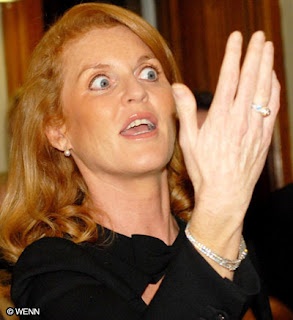 The headlines shout that Andrew was ”rude”.  The stories written below the headlines refute that.

The word ‘rude’ came from an American diplomat who was surprised at Andrew’s honesty and openness in talking about how the world of big business actually works in practice.
It was diplomatic speak for ”this bloke’s giving the game away; and us diplomats who are paid to hide the truth will be put out of a job.”
The Belfast Telegraph carries a good report (Link below) .  Andrew is as big a one for leaking the truth as Wikileaks.

Maybe he was naive.  But he wasn’t rude.  His audience was a private one.  If anything I’d say he was courageous.

“On the way out, one of them confided to the ambassador: ‘What a wonderful representative for the British people! We could not be prouder of our Royal Family.'”
The leaked (Wikileaks) cables also offer an insight into American views of the hierarchy in neighbouring Kazakhstan, where Prince Andrew has built cordial relations with President Nursultan Nazarbayev. In an April 2009 memo, the ambassador, Richard Hoagland, said: “Corruption is endemic among Kazakhstani officialdom.”
It was revealed earlier this year that Timur Kulibayev, the billionaire son-in-law of the Kazakh President, paid £15m for Prince Andrew’s Surrey mansion, Sunninghill Park, which had been on the market for a long period. The sum was £3m over the asking price.


No wonder Fergie wants a bit of the cake, as she tries to keep her problems at bay.

Vince Cable on BAe Wikileak: “That’s not a matter for Prince Andrew. It would be helpful not to comment on policy matters of that kind” (Paul Waugh).


That’s as may be.  But here is yet more evidence that the Royal family is involved in more than just an official role in international affairs.  They are in business and central banking, according the another American, the late journalist, Joan Veon, and are possibly some f the wealthiest people in the world – out of sight of any mere national governments, of course.

One Response to “Prince Andrew Was Courageous Not Rude”