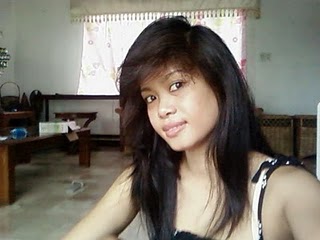 The government’s latest measures to block immigration were announced today.  For me personally, they are a hammer blow.  I was living for the last few years in the Philippines primarily due to ill health, and am now, with health improving, trying to return to the UK with my partner from there, Shane who I left only two days ago, until February, as we can’t get a visa for even a short trip together to Britain.


Time was always the barrier in the past.  If you hadn’t spent two years together, then you were not considered even for a tourist visa.  We are now approaching the two year limit and on my next trip there where I still keep a house, where we were living before I had to move back to Blighty, we were confidently looking forward to getting a first visa.  That would have only been for a visit, mind you, but would have been a start.


Then this morning, the British Embassy in Manila circulated the new set of rules which are being put into immediate effect.   These are they –


If your partner or wife comes from inside the EU, he/she can have three arms, be an invalid needing 24 hour care, speak no English at all, have a criminal record including murder or extortion, and they come sailing in.  If he or she comes from outside the EU, on the other hand, they will find it almost impossible to gain entry with as many obstacles being erected in their way as bureaucracy can devise.  This was the unwelcome text of this morning’s message –


Non European spouses who want to enter OR REMAIN in the UK as a partner of a British Citizen or a person settled in the UK now require to take an English language test with one of our approved test providers, before submitting their visa application form. Further guidance and a full list of test providers are available at www.ukvisas.gov.uk/en/aboutus/features/englishlangrequirementpartners


The standard of English required is A1, the same as that for anyone hoping to get a job in the UK using technical skills working for a big company.  It is not only harsh.  It is ridiculous.


You choose your life partner based not on whether they can get into university or have strong technical language skills needed by corporations, but on their human qualities.  But the government, the EU in fact, has now decided that such qualities are not permitted to be taken into account when people choose their life partners, were they so foolish enough as to fall for someone who is not an EU citizen.


I first went to the Philippines in 1988 to visit my uncle who set up what is now Glaxo there (formerly Smithkline), and have spent years there on and off since as my health has required.  It has been the ideal location to recover from the condition which has affected me for over twenty years now.  It is hardly surprising I have found a partner while I am there.  She has good school level English, and I understand a lot of her language too.  She is studying English, but the idea was only to get to tidy up her grammar a bit as many Filipina have a few things they can easily correct once they know, but A1 is a whole other level.  My mother wouldn’t pass it, for a start, with her colonial spelling, and half the country’s graduates who also don’t know how to spell.


A1 English for Shane is unnecesary.  It will take a considerable amount of study and probably waste another two years of our lives.  I am told by others suffering from these measures in Britain that mothers are being separated from their children by these rules, and wives/partners who have been in the UK for years are being sent home.  There is nothing in the newspapers, or on the TV about it.  We should not be proud of what is being done in our name.  Mothers and partners are qualified by love, not by letters.


We live in a brutal country that cares for nothing other than pleasing a bureaucratic organisation in Brussels that has captured and corrupted our political elites and our news media.  I hope their ****** Euro collapses and brings them all crashing down in the same abject misery they are inflicting on millions of others.


Surely there should be a political response to this from somewhere.


The Conservatives have given up on anything and everything as they work towards amalgamating their blue with Liberal yellow, and becoming a Vichy subject regime.  I was born in a free country in 1954.  It is tragic to see all the freedoms we once enjoyed lost to the criminality of a fanatical bureaucracy beyond anyone’s control.


People in Britain are not too bothered of course,  being sick of the millions who have been let in to the country from all over the shop, and who have no connection to anyone in the country to begin with.  The criminals will keep getting people in as before, though.  The only people who will be kept out will be those who obey the law and have families to be separated from.


How did such a situation come about?


The Daily Express won’t give a toss.  Immigration is all one to the tabloids.