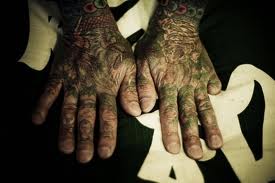 The reporting by Benjamin Fulford out of Japan is crucial in understanding what is going on in the world.  Who is in the game of supporting the NWO, and who is against?    This video gives the list of those countries presumed to be NWO supportive and those who are free.  American military might is not feared by China, Fulford claims.  America no longer controls all the world’s oil supply.  She no longer controls the financial system.  The world is poised between countries that want to resist the NWO and those who are slaves to it.   Sadly Britain is a slave state.  So much for Rule Britannia!

Some text missing here.  Where did it go?  I questioned the assertion about Pakistan being NWO, and how that might stack up with the failure of the authorities there to investigate Benazir Bhutto’s assassination.

I blogged this late last night, and found myself wondering about not only why Pakistan was being claimed as a NWO country, and wrote what I thought about that, but when I logged on this morning, my last couple of sentences from the first paragraph were not there.

I was also wondering about other things, such as how did Fulford get access to Rockefeller, and how an earthquake could be set off at will by a weapon system.  I was therefore delighted to receive another excellent comment from Atlas Shrugged, who appears to be a very shrewd observer.  I often find this happens on the internet.  When I write something daft, or am getting the signals mixed up, someone steps in and unscrambles the picture for me.  Thanks, Atlas.  You appear to write good sense.


Do you really trust the word of someone who says he is being protected by The Japanese Mafia. Also someone that get interviews with someone like DR? Absolutely nobody gets interviews with DR, unless they are in some ways in the club.


I can see that you are new to this conspiracy malarky. IMO, they are all in on the game, that is all of them to a greater or lesser extent. They might very well fall out with each other, have the odd lovers tiff so to speak. Jostle for position and relative power and influence. However at the end of the day the ruling class know that they can only go so far, as they are all in the same boat, sailing in more or less the same direction, supping from the same cup, and basically all up to the same tricks.


Benjamin Fulford should, and most likely does know better. After all if I kept the same company as Ben openly professes to keep, I would be suffering from the same highly selective thinking as well.


Opposition to the worlds ruling class is in the main part illusionary.


There is no effective opposition, and there has not been such a thing for at least 200 years. The Sun has not yet set, on the Empire where the Sun never sets. Japan lost its true independence long before the last world war, as did also China. However this does not in any way mean that we should ignore what Ben is telling us. This is because when the ruling elites have the odd disagreement with each other, over this tiny detail or another, people tend to suffer, and can suffer big time.


After all who do you think the Chinese or the Japanese are going to sell their products to if not the western world? They could sell them to each other, but why should they bother, when they can so easily sell them to us. The Chinese and Japanese governments strive to keep control over their own populations every bit as much as ours do. If they tried giving true freedom to their own people, they know only too well the whole experiment would seriously backfire on them both.


The yakusa (Japanese mafia) was most helpful in collecting debts, I remember, from my time trading in Japan.  The courts were ineffective in doing much if a customer didn’t pay, but the yakusa sorted it all out for a 6% cut.  My office manager thought that this approach to debt collection was entirely normal.  I therefore have a slightly rosy view of what must at root be a fairly unpleasant organisation.  I also saw some yakusa in Roppongi near the office with the obligatory missing little finger, not people to mess with.


I also know from my time there (multiple visits over eight years) that the Japanese were most unwilling to go into Iraq, and were highly critical of Blair and the British supporting Bush.  So some of what Fulford is saying, stacks up with my own experience.


I was in Tokyo on 911 and remember well the days after the event.  Everyone assumed I was an American, and stared straight into my eyes to gauge my reaction to what was happening.  Normally I walk with my eyes up, but they spent a lot of time looking down that week.  The hotels filled with Americans trying to get home, and westerners were all talking together, while the Japanese were unable to fathom how to talk about it at all.  They appeared pleased to see those who had humiliated them in WW2, in turn humiliated, but maybe I imagined that.  The people I know in Japan generally have a horror of war and hate to send any of their citizens to war zones.  That is what Fulford is essentially saying.


But as Atlas says, money interests come first.  And Fulford is hamming it up a bit.  There is probably an element of truth in what he says, but a large dose of other stuff.  He looks uncomfortable and is no doubt concerned about his personal safety.

One Response to “Japan, China And Russia Resist The New World Order”