David Cameron saying he wishes the Lib Dims luck in the coming Oldham byelection will be music to the electoral ears of one candidate.  If the Conservatives don’t want the seat, don’t worry.  UKIP do.

Voting for UKIP candidate Paul Nuttall must be the best possible way to kick cameron and clegg’s arrogant little arses.


The Party has set up base in Lees Road, Oldham, from where activists will spearhead their campaign to fight the by-election in the Oldham East and Saddleworth constituency.

“I am delighted to be fighting this seat as UKIP has sensible, rational, down-to-earth policies which will appeal to residents,” he said.

“We are also not afraid to stand up and say what needs to be said instead of kowtowing to political correctness.

“I understand the problems of crime and anti-social behaviour which this constituency faces. We want to restore a feeling of local pride and strongly support a policy of zero tolerance and effective local policing.

“I also believe in getting people back to work and having no tax on the minimum wage,” said Mr Nuttall.

“From our involvement with local people I know about their other day to day concerns, such as proposed school mergers, and I welcome the chance to represent them in Westminster,” said Mr Nuttall, 34.

“The three old Parties have failed to deliver their promises – we won’t,” he added.


BY THE WAY,  UKIP voters would find themselves in excellent company. 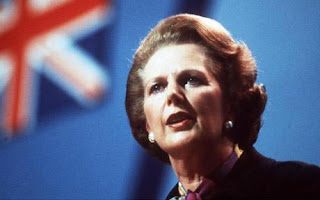 Mrs Thatcher had been advising UKIP’s previous leader on how to raise the confidence of the party’s activists.  That means she must have substantially given up on the Party she once led.

Come on, Conservatives, vote for the real Conservative Party.  The UKCP if you will.  There’s no point in voting EUCP any longer.  Maggie as usual is spot on.  If the voters of Oldham want to bring change to Britain’s politics, they shouldn’t vote anything other than Nuttall, and UKCP or UKIP as they are still calling themselves.  The name will be changed soon enough and the colour will go blue, just as soon as the yellow blue stripes rosette is released by the most arrogant pair British politics has ever witnessed.  You know who I mean. 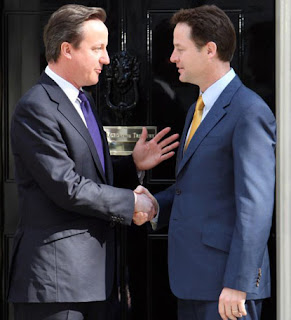